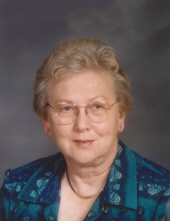 Adalene C. Callenius
Sheldon, Iowa
Adalene “Ad” Clara Callenius, age 87, of Sheldon, Iowa who passed away on Friday, August 28, 2020 at the Sanford Sheldon Medical Center in Sheldon, Iowa. Her Funeral Service will be at 10:30am on Monday, September 14, 2020 at St. Paul Lutheran Church in Sheldon, Iowa with Rev. Daniel Baker ~ officiating.
Burial will be in the East Lawn Cemetery in Sheldon.
Visitation will be after 2:00pm on Sunday, September 13, 2020 at the Vander Ploeg Funeral Home in Sheldon with the family present from 4:00 – 6:00 P.M..
The family requests that everyone observes the wearing of Masks
and the Social Distancing guidelines during the visitation and the service at the church.

Arrangements are under the care of the Vander Ploeg Funeral Home in Sheldon.
Online condolences may be made to the Family at www.vanderploegfunerals.com

IN MEMORY OF
ADALENE C. CALLENIUS

MUSIC
“The Old Rugged Cross”
“What A Friend We Have In Jesus”
“Amazing Grace”
Sung by: Amy Bomgaars
Pianist: Arlyce Oosterhuis

After the graveside service, relatives and friends are invited to join the family at the Sheldon Community Park
for a light lunch and fellowship.

Adalene “Ad” Clara Callenius, the daughter of Richard Edward and Bertha (Schroeder) Hohbach was born on December 23, 1932 on the family farm near Granville, Iowa in O’Brien County. She attended St. John Lutheran School in Germantown and graduated from Paullina High School in 1951. After high school she worked as an operator for the telephone company in Paullina. She was united in marriage to Merlynn Otto Callenius Jr. on February 21, 1954 in Germantown and the young couple made their home on a farm near Archer and eventually moved to the home place near Hospers, Iowa. After 40 years of farming they retired and moved into a new home that they had built in Sheldon in 1993. Merlynn preceded her in death on May 15, 2017 in Sheldon. Ad passed away on Friday, August 28, 2020 at the Sanford Sheldon Medical Center in Sheldon, Iowa, reaching the age of 87 years, eight months and five days.
Adalene was a member of St. Paul Lutheran Church in Sheldon, she was also a member of the Esther Circle, Laicos and taught Sunday school. She was a past member of St. John’s Lutheran Church in Germantown. She enjoyed helping out at the election polls and as a census taker, and traveling to Arizona for the winters with Merlynn for 22 years after they retired. She also enjoyed knitting, embroidering, playing cards, making pies and refinishing furniture.
Left to cherish Ad’s memory are her children, Robert (Cindy) Callenius of Hospers, IA and Marcia Even of Overland, Park, KS; six grandchildren, Brandon (Alison) Callenius; Mark (Ashley) Callenius, Jason Callenius; Jonathan (Felicity) Even, Christopher (Aubrey) Even and Molly Even; seven great-grandchildren, Charlotte Callenius, Caleb, Mason and Hunter Callenius, Alaina Shrewsbury-Even, Calvin and Cooper Even; two brothers, Donald (Karen) Hohbach of Crete, Il and Junior (Corrine) Hohbach of Sanborn, IA, two brother-in-laws Ervan Jahn and Glenn Cave, one sister-in law, Jackie Wersinger and many other relatives and friends.
She was preceded in death by her husband, Merlynn; her parents, a son, Stanley Callenius and a great-granddaughter, Lily Anne Callenius; also, a brother, Floyd Hohbach, two sisters, Lorraine Jahn and Delores Cave.
To order memorial trees or send flowers to the family in memory of Adalene Clara Callenius, please visit our flower store.