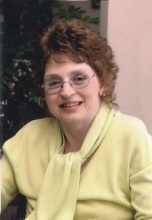 Visitation with the family present will be
from 5 7 P.M. on Friday, July 10, 2015
at the Eldridge Family Funeral Home in Paullina, Iowa.

Arrangements under the care of the
Eldridge Family Funeral Home
Paullina, Iowa

BARBARA J. LEMMON
Barbara Barbi Jean Lemmon, the daughter of Peter and Patricia (Mesner) Norton was born December 16, 1969 in LeMars, Iowa. She attended school in the Floyd Valley school system and later moved with her family to Gilroy, California graduating from Gilroy High School. She went to work for Dr. Mike McKeever as a dental assistant and with that received further education at Gavilan College in Gilroy California. In 1990, she was united in marriage to Jeff Lemmon in Reno, Nevada. To this union two children were born, Peter and Samantha. She continued to work for Dr. McKeever until ill health forced her retirement. She returned to Iowa in 1997 and lived in Sutherland, Iowa. She became a resident at the Careage Hills Care Center in Cherokee, Iowa; Pleasant Acres Care Center in Hull, Iowa; Long Term Care in Orange City and the last few years at the Prairie Ridge Care Center in Orange City, Iowa. She passed away at Prairie Ridge on Thursday, July 2, 2015 reaching the age of 45 years, six months and sixteen days.
Barbi loved frogs always having a frog with her in her wheelchair and many in her room, her favorite saying was FROG; Fully Rely On God.
Barbi is survived by her two children; son, Peter Lemmon and Brianna Hansen and their children, Sebastian and Sylis; and daughter, Samantha and her husband, Justin Faulk and their son, Brantley of Elk Point, South Dakota; her father, Peter Norton of Sutherland; two sisters, Brenda and her husband, Michael Montgomery of Hospers, Iowa and Patricia and her husband, Paul Isom of Sutherland, Iowa; a brother, David Norton of Sutherland, Iowa; also nieces, nephews, other relatives and friends.
She was preceded in death by her mother, Patricia on September 18, 2005 and her grandparents.
To order memorial trees or send flowers to the family in memory of Barbara 'Barbi' Jean Lemmon, please visit our flower store.