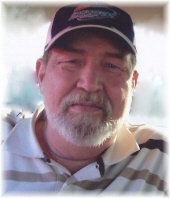 Ben K. Dreesen, age 71, of Sheldon, Iowa, passed away on Wednesday, July 20, 2016 at Sanford Sheldon Medical Center in Sheldon, Iowa. A Memorial Gathering will be Saturday, July 30, 2016 from 9:00 A.M. to 11:30 A.M. with the family present at the Andringa Funeral Home Sheldon Funeral Service in Sheldon. There will be no memorial service. Ben Klaas Dreesen was born on April 17, 1945 in Rock Rapids, Iowa. The son of Abel and Mattie (Kruse) Dreesen, Ben attended school and lived his youth in George, Little Rock and Sibley Iowa. Ben was united in marriage to Joan Feyerabend of Sheldon, Iowa on April 14, 1967. They lived and raised their children in Sheldon. Ben was a loyal and hardworking over the road truck driver. He spent the majority of his career driving for Van Wyk and eventually started his own trucking company, J&B Trucking. As a young man, Ben enjoyed competing in stock races in Rock Rapids in the 1970's. Ben had many hobbies and interests (Nascar, Sturgis, motorcycles), but his real passion was trucking and the many truck rodeos he attended and competed in. Ben shared his love of travel with his children, taking them to Minneapolis, Kansas City, the Black Hills and even Washington DC. Most of all, Ben enjoyed his grandkids and spending time with them. Ben passed away on Wednesday, July 20, 2016 at Sanford Sheldon Medical Center in Sheldon, Iowa. Those left to cherish his memories are his son, Daniel (Kristi) Dreesen of Cameron, MO; daughter, Debra (Craig) Hansen of Coon Rapids, MN; eight grandchildren: Tim Dreesen, Jeff Dreesen, Skie Dreesen, Zack Dreesen, Hayley Dreesen, Samara Dreesen, Destiny Dreesen all of Cameron, MO, Thomas Hansen of Ida Grove, IA; two sisters: Irene Krull of Oak Lawn, IL and Audrey (Dan) Jeeninga of Little Rock, IA. He was preceded in death by his parents; two brothers: Denton Dreesen and Marlin Dreesen; three sisters: Alvira Mammenga, Elizabeth Chateauneuf and Marilyn Dreesen.

To order memorial trees or send flowers to the family in memory of Ben Klaas Dreesen, please visit our flower store.