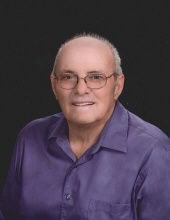 MUSIC
“The Anchor Holds”
Sung by: Gered De Hoogh
CONGREGATIONAL HYMNS
CD ~ “I Can Only Imagine”
“How Great Thou Art”
“In Christ Alone”
CD ~ “Dancing In The Sky”
Organist: Ingetta Tutje

Calvin Jay Van Beek, the son of Wilbur and Agnes (Kuik) Van Beek was born on August 15, 1948 in Sheldon, Iowa. He received his education from Hull Western Christian and graduated in 1967. Cal was united in marriage to Dianna Alons on February 2, 1968 in Sanborn, Iowa. After their marriage Cal enlisted into the United States Army serving his country from April 26, 1968 and was honorably discharged on January 26, 1970. After his discharge he farmed and was co-owner of Van Beek Trucking with his brother Jerry until he began working for Mouw Transportation hauling milk. In 1980 he began working for Contract Transport delivering US mail until his retirement in 2011. After his retirement he worked part-time for Den Hartog Custom and Pedersen Excavating. Cal passed away on Wednesday, August 1, 2018 at VA Medical Center in Sioux Falls, South Dakota reaching the age of 69 years, 11 months and 16 days.
Cal was an active member of First Reformed Church in Sheldon serving as a youth group sponsor and as an elder. He loved spending time with his family. He enjoyed working with cattle, driving truck, coffee time with the guys, playing cards, fishing. Cal and Dee spent three winters in Florida where he enjoyed sitting on the beach.
Left to cherish Cal’s memory is his wife of 50 years, Dianna of Sheldon; their children and spouses, Sheila and Kent Lode of Sheldon, Lisa and Tom Fischer of Archer and Todd and Sheila Van Beek of Sheldon; seven grandchildren, four great grandchildren, Elijah Fischer, Archer Fischer, Khason Meendering and Rilee Meendering; his mother, Agnes Van Beek of Sanborn; siblings, Jerry and Laura Van Beek of Hartley, Iowa, Rodney and Linda Van Beek of May City, Iowa, Harlan and Kristy Van Beek of Sanborn and Brenda and Jerry Balt of Sheldon; sister-in-law, Carman Van Beek of Sioux Center. He was also survived by many nieces, nephews, cousins, other relatives and many friends.
Cal was preceded in death by his father, Wilbur and a brother, Wayne Van Beek.
To order memorial trees or send flowers to the family in memory of Calvin Jay Van Beek, please visit our flower store.