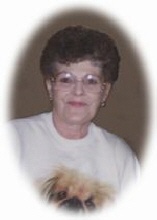 IN MEMORY OF
CAROL J. JURGENSEN

After the graveside service relatives
and friends are invited to join the
family at Mark and LaDonna Bradbury’s home.

Carol Jean Jurgensen, the daughter of Wilmer and Irma (Burge) Wessling was born on December 19, 1938 in Sioux City, Iowa. She received her education in schools in Sioux City. On November 6, 1971, she was united in marriage to Larry Jurgensen in Sioux City, Iowa. After their marriage the couple settled on a farm in the Paullina area, where they farmed for many years. Carol was also employed at Brockmann’s Fryers in Paullina and in housekeeping at the Wide View Rest Home in Paullina. The couple moved into Paullina in 1991. Carol passed away at the Paullina Care Center, where she had been residing since April 1, 2006. She reached the age of 67 years, 3 months and 22 days.
She enjoyed fishing and her pets.
Carol leaves to cherish her memory, her husband, Larry, of Paullina; two sons, Mark and his wife, LaDonna Bradbury of Paullina, Iowa and Mike Bradbury of LeMars, Iowa; three grandchildren, Tina, Tamara and Aaron; a great-granddaughter, Raeonna; two brothers, George “Dick” Wessling and Terry Wessling both of Sioux City, Iowa; and other relatives and friends.
She was preceded in death by her parents.
To order memorial trees or send flowers to the family in memory of Carol J. Jurgensen, please visit our flower store.