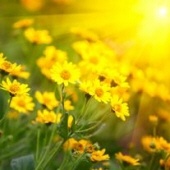 Debra Ann Riordan, age 59, of Sioux City, Iowa, formerly of Sheldon, Iowa, passed away on Friday, April 10, 2020 at Accura Nursing Home in Sioux City. She was born on October 13, 1960 in New York, NY, the daughter of John and Barbara (Grande) Riordan. She moved with her family to Primghar, Iowa when she was 14 years old. She attended school in Primghar and graduated from Primghar High School. Debra moved to Sheldon, Iowa and lived there until moving to Accura Nursing Home in Sioux City. Those left to cherish her memories are her daughter and son-in-law, Marcia and Kelly Williams of Sheldon, IA; two brothers, John Riordan and Mike (Tracey) Riordan. She was preceded in death by her parents and brother, William Riordan. There will not be a Memorial Service or Visitation.

To order memorial trees or send flowers to the family in memory of Debra Ann Riordan, please visit our flower store.