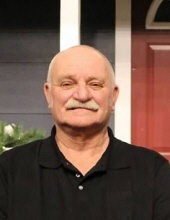 Arrangements are under the care of the
Vander Ploeg Funeral Home; Sheldon, Iowa.
DENNIS G. BROUWER
Dennis G. Brouwer the son of Donald and Wilhelmina (Van Beek) Brouwer was born on July 2, 1949 in Sheldon, Iowa. He graduated from Western Christian High School in 1967. After graduation he attended Nettleton College in Sioux Falls, South Dakota. On February 14, 1969 Dennis was united in marriage to Beverly Douma in Chandler, Minnesota. Dennis was drafted into the United States Army on August 13, 1969. He served in Vietnam from January 10, 1970 to December 4, 1970. He was honorably discharged on June 7, 1971. He was a member of the 101st Airborne Division. After returning the couple lived in Chandler where Dennis worked as a carpenter for Peter’s Lumber. Later the couple moved near Sheldon where he farmed by Ashton and Sheldon and worked for Sheldon Livestock. The couple moved to Sheldon in 2001 where Dennis worked for Ritter Elevator and then Den Hartog Custom until his retirement in 2014. Dennis passed away on Monday, February 18, 2019 at Sanford Sheldon Medical Center reaching the age of 69 years, 7 months and 16 days.
Dennis was a member of Sanborn Christian Reformed Church where he served as a deacon and elder. He was also a member of the Sheldon American Legion and Avenue of Flags. He enjoyed coffee at Ritter, Avenue of Flags and Legion meetings and trips with the Van Beek’s and Vaandrager’s. He was an avid Minnesota Vikings fan, Sheldon Orabs and the St. Albert Falcons and Saintes. He loved family vacations in Minnesota, fishing, prairie dog hunting and fixing what was broke and traveling. He especially loved his grandchildren and watching them in their activities.
Left to cherish his memory is his wife of 50 years, Beverly; daughters, Jill (Scott) Koedam and Sally (Joe) Narmi; son, Mike Brouwer; 12 grandchildren, Blake Koedam, Dallas Ennema, Brooke Koedam, Dylan Ennema, Ashley Brouwer, Sam Narmi, Shane Brouwer, Allison Narmi, Owen Brouwer, Noah Narmi, Ruby Narmi and Evan Brouwer; sisters, Darla (Dan) Noteboom and Debra (Doug) Vanden Hoek; also other relatives and many friends.
Dennis was preceded in death by his parents, Don and Wilhelmina; son-in-law, Ryan Ennema; brother in infancy, Gary Dennis; parents-in-law, Pete and Johanna Douma; sister-in-law, Jeanne Scott; brother-in-law, Louis Douma and special cousin, Cal Van Beek.

When I come to the end of the day
And the sun has set for me
I want no rites in a gloom-filled room.
Why cry for a soul set free?
Miss me a little, but not too long
And not with your head bowed low.
Remember the love we once shared-
Miss me, but let me go.

For this is a journey we all must take
And each must go alone.
It’s all part of the Maker’s plan,
A step on the road to home.
When you are lonely and sick at heart
Go to the friends we know
And bury your sorrows doing good deeds-
Miss me, but let me go.
To order memorial trees or send flowers to the family in memory of Dennis G Brouwer, please visit our flower store.