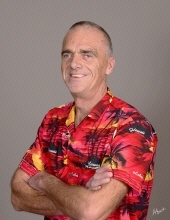 Duane Drost went to meet his Lord and Savior, Jesus Christ on September 14, 2021 in Baca County, Colorado. He was 61 years old. A memorial service will be held on Saturday, October 2 at 1:30 pm at First Reformed Church in Sheldon, Iowa. In lieu of flowers, memorial gifts may be directed to Bless You Inc.
Duane Allen Drost was born on December 12, 1959 to Gerrit and Viola Drost of rural Rushmore, the last of nine siblings. He grew up on the family farm and began his own farming career in the late 70’s near Harris, Iowa, where he raised his three children, Ben, Angela, and Curtis. In 2007, he moved to a farm near Milford where he grew hogs, cattle, and crops.
Duane enjoyed his profession, but also began a non-profit in 2013 called Bless You Inc. He saw the need for temporary housing in disaster areas and began hauling campers to areas impacted by fire, hurricane, flooding and tornadoes, so people could live in them while rebuilding their homes. He was grateful for the many friends that volunteered to bring campers to areas of need across the country. He was a member of Good News Church in Okoboji.
In 2017 he moved to an acreage near Sibley and semi-retired from farming only to realize he missed it, so he began farming in Baca County, Colorado. He was currently a member of Bethel Reformed Church in Sheldon.
He is survived by his wife, Lisa (Daale Ronsiek) Drost, sons Ben Drost, Curtis and Jenny (Weiskircher) Drost, Lisa’s children Audra (Ronsiek) and Travis Olson, and Nathan and Rachel (Van Driessen) Ronsiek, grandchildren Zoe Drost of Everly, Jeremiah, Levi, Lynzie and Mariah Ronsiek, and Kyler and SJ Olson, all of Hawarden: sisters Delores and Rodney Groenwold of Lismore, MN, Sharon and Dennis Wessels of Balaton, MN, Marcia and Harvey Van Ruler of Rushmore, MN, Linda and Steve Verdoorn of Mooresville, NC, brothers Garry and Virginia Drost of Rushmore, MN, Verlis Drost of Rushmore, MN, brother-in-law Larry Rasmussen of Phoenix, AZ, brother-in-law Eric and Tami Daale of Clovis, NM, parents-in-law Wilbur and Lucille Daale of Hawarden, IA, and many nieces and nephews.
He was preceded in death by his daughter Angela Drost, parents Gerrit and Viola Drost, brother Arvin Drost, sister Twyla (Drost) Rasmussen, and sister-in-law Pamela (Daale) Peitzman and brother-in-law Don Peitzman.
To order memorial trees or send flowers to the family in memory of Duane Allen Drost, please visit our flower store.