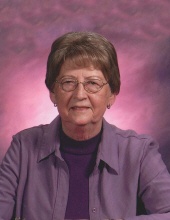 Visitation will be
after 4:00pm Monday, November 12, 2018
at the Immanuel Christian Reformed Church in Sheldon
with the family present from 5:00pm – 7:00pm at the church.
Vander Ploeg Funeral Home in Sheldon, Iowa are in charge of the arrangements.

MUSIC
“What A Day That Will Be”
Sung by Pastor Dave Van Kley
CONGREGATIONAL HYMNS
“How Great Thou Art”
“It Is Well With My Soul”
“Softly and Tenderly Jesus Is Calling”
Organist: Kathy Wieringa

Edna Mae Dykstra, the daughter of James and Dena (Guerink) Den Hartog was born on a farm southeast of Sheldon on September 2, 1924. She attended Carroll Township Country School in O’Brien County. On January 21, 1947, she was united in marriage to Maynard M. Dykstra on her parent’s farm near Hospers, Iowa. After their marriage they moved to a farm south of Sheldon where they farmed. They moved to Sheldon in 1983. Maynard preceded her in death on May 30, 1997. Edna remained in her home for 8 years and then moved into the Christian Retirement Home in Sheldon. In March of 2017, Edna became a resident of the Sanford Sheldon Senior Care where she passed away on Friday, November 9, 2018 reaching the age of 94 years, 2 months and 7 days.
Edna was a charter member of the Bethel Reformed Church in Sheldon, serving on the Women’s Ministry, teaching Sunday School, Bible Studies, she also volunteered at the nursing home and went on a mission trip to Dulce, New Mexico. It was important to her to be home when her children came home from school. She enjoyed gardening, flowers and a neat yard, she especially enjoyed her family, grandchildren and great grandchildren.
Left to cherish Edna’s memory is her son, Mark and his wife, Chris Dykstra of Hospers, Iowa; a daughter-in-law, Donna Dykstra of Sheldon, Iowa and a son-in-law, Jim Aberson of Orange City, Iowa; 12 grandchildren, 15 7/8 great grandchildren, 3 brothers, Robert Den Hartog, Eugene (Marlys) Den Hartog and Elmer Den Hartog all of Sheldon; and a sister-in-law, Alice Den Hartog of Sheldon; also other relatives and friends.
Edna was preceded in death by her husband, Maynard; her parents; a son, Keith and a daughter, Mavis Aberson; 4 sisters, Marian Haack, Florence Dykstra, Ruth Ten Clay and Arlene Ver Mulm, and a brother, Willard Den Hartog.

For I am convinced that neither death nor life, neither angels nor demons, neither the present nor the future, nor any powers, neither height nor depth, nor anything else in all creation, will be able to separate us from the love of God that is in Christ Jesus our Lord.
To order memorial trees or send flowers to the family in memory of Edna Mae Dykstra, please visit our flower store.