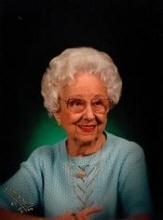 Eleanor Rein Bettinger, the daughter of Arno A. and Mathilda (Rediske) Rein was born June 17, 1915 in Ryegate, Montana. She moved with her family as a small child to Sutherland, Iowa. She received her education in Sutherland and graduated from Sutherland High School in 1933, she later moved to Montana to make her home. On June 17, 1939, she was united in marriage to John N. Bettinger in Ryegate, Montana. After their marriage the couple made their home in Billings, Montana and later moving to Ryegate, Montana where her husband was a business owner. Her husband preceded her in death on October 3, 1967 in Ryegate. After his passing she furthered her education at a business school and studied to be an accountant. She moved to Florida to make her home where she resided and was employed as an accountant in Baca Raton, Florida until her retirement in 1984. Her retirement years were spent in Florida until moving to Omaha, Nebraska and making her home in an assisted living facility. She later moved to the Kansas City, Missouri area to be closer to her daughter, Marian. She passed away on Tuesday, June 21, 2011 at the Kansas City Hospice in Kansas City, Missouri reaching the age of 96 years and 4 days.
While living in Florida she was a member of the Good Shepherd Catholic Church in Orlando, Florida.
Eleanor leaves to cherish her memory her daughter, Marian Scaletta of Overland Park, Kansas; a grandson, Jeffrey; three sisters, Ellene Branstetter of Okeechobee, Florida; Marian Ginger of Primghar, Iowa and Donna and her husband, Ron Mau of Omaha Nebraska; one brother, David and his wife, Betty Rein of Moorhead, Minnesota; also other relatives and friends.
She was preceded in death by her husband, her parents and a brother, Robert.
To order memorial trees or send flowers to the family in memory of Eleanor Bettinger, please visit our flower store.