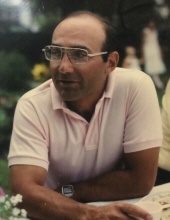 Gary P. D’Agrosa
Boyden, Iowa
The Celebration of Life Service for Gary P. D’Agrosa, age 71, of Boyden, who passed away on Thursday, April 4, 2019 at Sanford Sheldon Senior Care, Sheldon, Iowa, will be Friday, May 17 at 12:00 noon at the Crossroads Pavilion Event Center in Sheldon, Iowa.
Donations may be made in Gary’s memory to Lutheran World Relief,
Alzheimer’s Association, or The Nature Conservancy.
Arrangements are under the care of the Vander Ploeg Funeral Home in Boyden.
Gary P. D’Agrosa

Gary Peter D’Agrosa, son of Peter and Barbara (Clinco) D’Agrosa, was born June 30, 1947 in New York City. The son of second-generation Italian emigrants, he was welcomed into a close-knit extended family. Siblings soon joined him. When Gary was young, the family moved to Setauket, a suburb on the North Shore of Long Island, where Gary happily spent most of his youth. He graduated from Port Jefferson High School, and Queens College in New York City. He began his teaching career at Bayview Avenue School in Freeport, N.Y., where he met Esther Stegemann. They married in 1971 and in 1973, moved to Boyden, Iowa, where Gary enjoyed farming for eighteen years. Their daughter Anna was born in 1977. He became a mediator for the state of Iowa during the farm crisis of the 1980’s: he guided farmers with unmanageable debt work with lenders to find a solution that each party could accept to avoid foreclosure. In 1991, Gary returned to teaching at the Sheldon Middle School: he coached boy’s basketball, taught driver’s education, and represented the Sheldon Education Association. He retired from that position in 2007. He was an active member of Hope Lutheran Church, Sioux Center.
Gary loved to drive cars and taught himself to work on them beginning on his
father’s sports cars. In the 90s, he began to drive in auto cross events and diligently worked his way up to racetracks as a BMW performance driving instructor. He was passionate about honing his driving and mechanical skills alongside his father and brother. His fellow instructors respected his calm demeanor that often belied his intense skill and speed. Anna participated as his student and loved to ride on the track with him.
Gary’s parents preceded him in death. He is survived by his wife, Esther, their daughter, Anna, daughter in law Kristen Shuart, grandson Peter D’Agrosa Shuart, and siblings Janet (Aaron) Stegeman, Diane (John) Nesselt and Daniel (Marie) D’Agrosa.
Gary was a kind and gentle man who led by example, someone who cajoled rather than scolded. He was a nurturing person. Gary was intellectually curious: he loved to read. He was a listener: he took time to hear what people had to say, rather than jump into a conversation with his own thoughts. Gary worked conscientiously at whatever he did, always going the extra mile. Gary loved his parents and his siblings, and they loved him. Gary and Esther were dedicated to one another. He adored his daughter, and she adored him. Gary formed a beautiful bond with his grandson. He will remain woven into the tapestry of all the lives of those he touched. We rejoice in his release.
To order memorial trees or send flowers to the family in memory of Gary P. D'Agrosa, please visit our flower store.