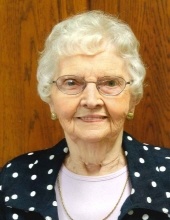 Gladys Beltman
Sheldon, Iowa
Services for Gladys Beltman, age 92, of Sheldon who passed away on Monday, April 26, 2021 at Sanford Sheldon Medical Center. A celebration of life service will be held at 4:00 P.M. on Thursday, April 29, 2021 at First Reformed Church in Sheldon with Pastor Paul Van Maaren ~ officiating.
Burial will be at a later date at Ocheyedan Township Cemetery in Ocheyedan, Iowa.
Visitation will be held after the service in the fellowship hall of the church.
Masks are recommended for the service.
In lieu of flowers, memorials are requested to be sent to Joni and Friends.
PO Box 3333 Agoura Hills, CA 91376-3333
Arrangements are under the care of the Andringa Funeral Home – Sheldon.

CONGREGATIONAL HYMNS
Processional ~ “Amazing Grace”
“It Is Well With My Soul”
“Have You Any Room For Jesus”
Recessional ~ “To God Be The Glory”
Pianist: Deanna Van Riesen

Gladys Beltman, daughter of Wynard and Ruth (Kooiker) Noomen, was born on January 26, 1929 at Sheldon, Iowa. She moved with her parents to a farm near Melvin, Iowa at the age of 2 years and attended rural school and graduated from Melvin High School in 1947. After graduation, she attended Northwestern College in Orange City, Iowa. Then she worked at the Back to the Bible Broadcast in Lincoln, Nebraska.
She was united in marriage to Harvey Jacobsma on January 24, 1951 and they farmed by Melvin until Harvey’s death in August 1979. She was a pianist at the Melvin Reformed Church for over 40 years and taught Sunday school. She also cooked at Bible camps and spent three and a half years at Christian Children’s Home in Peterson, Iowa.
On July 15, 1988, she was united in marriage to James Beltman and farmed near Archer until November of 1991, when they retired and moved to Sheldon. After moving, she cooked at Leisure Pine Manor in Ashton for ten years. The last few years Gladys volunteered as pianist in the Sheldon Nursing Home and two assisted living facilities.
She loved her family, especially going to her grandchildren’s activities and being a great grandmother.
Gladys passed away on Monday, April 26, 2021 at Sanford Sheldon Medical Center reaching the age of 92 years and 3 months.
Left to cherish her memory are her children and their spouses, Carla and Robert Gray of Schroon Lake, New York, Curtis and Pamela Jacobsma of Melvin, Iowa, Ronna and Charles Dirks of Milford, Iowa and Bruce and Peggy Jacobsma of Rock Valley, Iowa; numerous grandchildren and great grandchildren; four stepchildren, Dennis (deceased) and Doris Beltman of Orange City, Iowa, Arlyn and Elaine Beltman of Alton, Iowa, Karen and Greg (deceased) Jeltema of Orange City, Iowa, and Gloria (deceased) and John (deceased) Peuse, numerous step-grandchildren and great grandchildren, and also other relatives and friends.
Gladys was preceded in death by her parents, husbands, Harvey Jacobsma and James Beltman; granddaughter, Leah Jacobsma; siblings, Albertha (Joe) Dodgen, Gerald (Jennie) Noomen, Lawrence (Ramona) Noomen and Gertrude Noomen.
To order memorial trees or send flowers to the family in memory of Gladys Beltman, please visit our flower store.