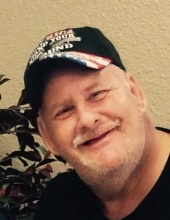 Reading of the Obituary

After the service relatives and friends
are invited to join the family in the
fellowship hall of the church.

Burial will be at a later date.

GUY DEAN CAMDEN
Guy Dean Camden, the son of Markust and Carol (Day) Camden was born December 11, 1958 in Richmond, Indiana. He received his education and graduated from high school in Richmond. He was united in marriage to Mary Baker. The couple lived in California and Ocheyedan, Iowa. Guy later moved to Texas to make his home for many years. He moved to Sheldon in June of 2017. Guy had been in ill health for many years and passed away on Friday, March 23, 2018 at the Sanford Sioux Falls Medical Center reaching the age of 59 years, 3 months and 12 days.
Guy had served as a volunteer fire fighter, always enjoyed helping people and making friends easy. He was known for playing a joke and being a jokester. While in Sheldon Guy was attending the Living Water Community Church.
Guy is survived by a very special friend, Mary Baker of Sheldon, Iowa; daughter, Judy (James) Wagner of Sheldon, Iowa; son, Michael (Misti) Baker of Hawarden, Iowa; grandchildren, Jayklynn, Sarah, Matthew, Tristen, and Michael; one brother, Markust Camden Jr. of Richmond, Indiana; a sister-in-law, Marie Camden of Big Springs, Texas; niece, Brittany Daves and her family; nephew, Dean Camden and his family; niece, Tara Camden and her family; niece, Cloee Camden and nephew, Quentin Camden also other relatives and friends.
He was preceded in death by his parents and one brother, Terry Camden.

“GO FISH”
To order memorial trees or send flowers to the family in memory of Guy Dean Camden, please visit our flower store.