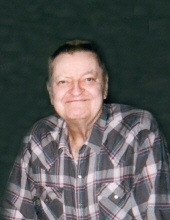 Visitation with family present
will be from 1 – 2 P.M. on Saturday, May 19, 2018
at Eldridge Family Funeral Home in Paullina.

Arrangements under the care of the Eldridge Family Funeral Home; Paullina, Iowa

Harlan Roland Hoermann, the son of Adolph and Etta (Gruenhagen) Hoermann was born July 24, 1937 in Paullina, Iowa. He received his education at Paullina High School. He started to farm with his mother on the family farm in the Germantown, Iowa area. Most of Harlan’s life’s work was as a truck driver working for Bing Miller Trucking and Norman Meyer Trucking and later before he retired for Ken’s Feeds in Sutherland. He and his mother moved into Paullina to make their home. In his retirement years Harlan made his home in Paullina where he enjoyed his car rides and eating out at his favorite café’s. In November of 2008 Harlan moved to the Primghar Care Center now Pearl Valley Rehab and Nursing to make his home. He passed away at Pearl Valley in Primghar on Friday May 11, 2018, reaching the age of 80 years, 9 months and 17 days.
He was baptized on August 18, 1937 and later confirmed at the St. John Lutheran Church in Germantown and was currently a member of the Zion Lutheran Church in Paullina. He enjoyed playing the accordion.
Harlan is survived by nieces and nephews, Mervyn Hoermann and special friend, Phaedra Elliott of Paullina, IA; Carol Keating of Leawood, KS; LaVonne Peters of Everly, IA; Ruth (Richard) Gear of Grimes, IA; Marge (Bob) Grote of Carroll, IA and Linda (Danny) Priest of Bolingbrook, IL also many great nieces and nephews, other relatives and friends.
He was preceded in death by his mother, two brothers and their wives, Gerald and Maurine Hoermann and Vernell and Betty Hoermann (Brotherton).

One night I had a dream. I was walking
along the beach with the Lord, and across
the skies flashed scenes from my life. In
each scene I noticed two sets of footprints
in the sand. One was mine, and one was
the Lord’s.

When the last scene of my life appeared
before me, I looked back at the footprints in
the sand, and to my surprise I noticed that
many times along the path of my life there
was only one set of footprints. And I noticed
that it was at the lowest and saddest times in
my life.

I asked the Lord about it. “Lord, you said
that once I decided to follow you, you would
walk with me all the way. But I notice that
during the most troublesome times in my life
there is only one set of footprints. I don’t
understand why you left my side when I
needed you most.”

The Lord replied, “My precious child, I
love you and would never leave you. During
your times of trial and suffering, where you
see only one set of footprints, I was carrying
you.”
To order memorial trees or send flowers to the family in memory of Harlan Hoermann, please visit our flower store.