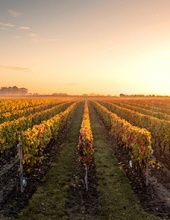 James D. Noe
Palm Desert, California
James D. Noe, age 93, of Palm Desert, California and formerly of Sheldon, Iowa who passed away on Sunday, August 8, 2020 in Palm Desert, California. A Graveside Service will be at 11:30 A.M. on Wednesday, August 26, 2020 at the East Lawn Cemetery in Sheldon with Rev. Kevin Gingerich ~ officiating with Military Flag presentation by: McGothlen-Cowie Post #145 of the American Legion of Sheldon, Iowa.
Arrangements are under the care of the Vander Ploeg Funeral Home ~ Sheldon, Iowa.
Online condolences may be sent to www.vanderploegfunerals.com
James D. Noe
James Day Noe, the son of Dr. Glen Ivan and Mable Clair (Day) Noe was born April 13, 1927 in Sheldon, Iowa. He attended school in Sheldon and graduated from Sheldon High School in 1944. He went on to attend Yale University in New Haven, Connecticut. While at Yale he enlisted in the United States Army on December 14, 1944, serving during World War II and was discharged on February 11, 1947. He returned to Yale and graduated. He returned to Sheldon to make his home. In 1958, he moved to California and settled in Anaheim where for many years he was employed as an accountant for Beckman Instruments Inc. in Anaheim. He retired and stayed in Anaheim later moving to Palm Desert, California. He passed away in Palm Desert on August 8, 2020 reaching the age of 93 years, three months and twenty-five days.
He is survived by cousins.
James was preceded in death by his parents, Glen and Mable Noe.
To order memorial trees or send flowers to the family in memory of James D. Noe, please visit our flower store.