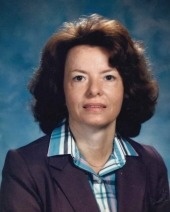 Janet June Negus, 77, of Springfield, Illinois, passed at 4:27 P.M. on Friday, July 9, 2021, at Memorial Medical Center. Her memorial service will be held at 10:00 A.M. on Saturday, September 18, 2021, at Sutherland United Methodist Church with David Orthmann ~ officiating.
Burial will be at Waterman Cemetery in Sutherland.
Arrangements are under the care of the Eldridge Family Funeral Home in Paullina.
Janet was born on June 2, 1944, in Hartley, Iowa, the daughter of Orson and Elsie (Heinze) Negus. She grew up in Iowa and attended school at Sutherland Community School from k-12th grade. She graduated from the State College of Iowa with a degree in math education and then received her master’s degree from the University of Northern Iowa. Janet taught for two years in Mason City, Iowa before moving to Springfield in the late 1960’s. She taught Jefferson and Washington schools in District 186 and retired after 31 years of service.
Janet enjoyed reading and playing golf and tennis. Family was the most important thing to her, and she loved spending time with her nieces and nephews. Janet made sure to always stay in touch with them by writing letters and sending cards, showing her generosity to all.
She was preceded in death by her parents; siblings, Helen (Burdette) Selk, James (Jeanne) Negus, Roger Negus, Robert Negus, Shirley Baier, and Margie Negus; and nephew, Steven Selk.
Janet is survived by her siblings, Merle (Diane) Negus of Kinglsey, Iowa, David (Cathy) Negus of Tilden, Nebraska, and Donna (Kevin) Dighton of Davenport, Iowa; sisters-in-law, Carole Negus, and Nina Negus, both of Sutherland, Iowa; brother-in-law, Jerry Baier of Sioux Rapids, Iowa; 20 nieces; 12 nephews; and many great and great-great nieces and nephews.
Memorial contributions may be made to Memorial Medical Center Foundation, 1000 Churchill, Springfield, Illinois 62702.
To order memorial trees or send flowers to the family in memory of Janet J. Negus, please visit our flower store.