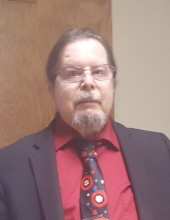 Arrangements are under the care of the Vander Ploeg Funeral Home in Sheldon.
Online condolences may be made to the Family at www.vanderploegfunerals.com

JERRY R. DARNELL
Jerry Robert Darnell was born March 17, 1951 to Dale Coval and Marva May (Shoesmith) Darnell in Sioux City, Iowa. He grew-up and was raised by his father, Dale and stepmother Patricia Hickman in Spencer, Iowa where he received his education and graduated from high school in 1969. He joined the United States Navy in June of 1969, serving in Gaum, Italy and Scotland before being discharged in 1977. Jerry was united in marriage to Betty Ann Bliek on June 4, 1971 at the Reformed Church in Everly, Iowa. They lived in Spencer before moving to Sheldon. Jerry attended Northwest Iowa Community College and graduated with a Plumbing, Heating and Cooling Certificate. He worked two short term jobs before taking a job with the City of Sheldon as a Water Plant Technician for 21 years. He also worked as maintenance for the Church of Later-day Saints, as a security guard for Sunrise Farms and Pork Processor before retiring. Jerry passed away at Community Memorial Health Center in Hartley, Iowa on Thursday, June 18, 2020 reaching the age of 69 years, 3 months and 1 day.
He was a member of the Church of Later-day Saints. He loved to share his experiences from each country they lived in while he was in the service. Throughout his life Jerry loved his lap dogs, road trips, fishing, hunting, hiking and other outdoor adventures.
Jerry is survived by wife of 49 years, Betty; and their children, Tiffany (Keith) Petitt of Sheldon, Iowa; Angelina May of Fonda, Iowa; Amanda (Todd) Meyeraan of Sheldon, Iowa; Jeremy (Lori) Darnell of Boyden, Iowa; Jason Darnell and (fiancé, Stephanie Hildebrandt); Tabatha (Larry) Monen of Sheldon, Iowa19 grandchildren, 4 great-grandchildren, his step-mother, Kay Darnell of Spencer, Iowa; a brother, Jeff (Melanie) Darnell of Spencer, Iowa and a sister, Fawn (Stephen) Mefford of Mitchellville, Iowa and other relatives and friends.
He was preceded in death by his father Dale, his stepmother, Patricia in 1968, and two brothers, Marvin and Ronnie.
To order memorial trees or send flowers to the family in memory of Jerry Robert Darnell, please visit our flower store.