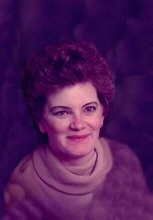 IN MEMORY OF
JO A. HIBBING

CONGREGATIONAL HYMNS
“Amazing Grace”
“How Great Thou Art”
“Abide With Me”
“Just As I Am”
Organist: Verla Hibbing

Arrangements under the care of the
Gaudian-Eldridge Funeral Home
JO A. HIBBING
Jo A. Hibbing, the daughter of Glenn and Esther (Zitterich) Lauritsen was born June 19, 1950 in Estherville, Iowa. She received her education in Estherville before moving with her family to Paullina. She finished her education and graduated from Paullina High School in 1968. In later years she completed a two year program at Northwest Iowa Community College in Sheldon graduating in 2004. On June 1, 1974, she was united in marriage to Paul Hibbing at the Zion Lutheran Church in Paullina. Most of the couple’s married life has been spent in the Paullina area first living west of Paullina until moving into Paullina. She was employed for 11 years at K-Products in Orange City and most recently was employed by the City of Paullina as an assistant city clerk and at the Paullina Times before ill health forced her retirement. She passed away on Thursday, September 24, 2009 at her home in Paullina, reaching the age of 59 years, 3 months and 5 days.
She was a member of the Zion Lutheran Church being confirmed in 1974 and served as the church secretary at one time. She enjoyed spending time with her family, fishing, hot rod cars, crafts, reading, camping gardening.
Jo leaves to cherish her memory her husband, Paul of Paullina; two sons Christian Hibbing and friend, Mollie Jacobs of Nevada, Iowa and Paul “Pete” D. Hibbing of Sutherland; a sister, Kay Rogers of Camanche, Iowa; and a niece and her family, Kayleen and husband, Chris Turner and daughters, Karissa and Kiana all of Camanche, Iowa; also other relatives and many friends.
She was preceded in death by her parents.
To order memorial trees or send flowers to the family in memory of Jo A. Hibbing, please visit our flower store.