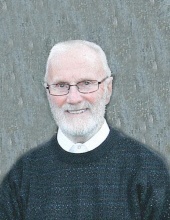 John Humme
Boyden, Iowa
John Humme age 87, of Boyden, Iowa who passed away on Friday, March 30, 2018 at Orange City Area Health in Orange City. His funeral service will be 10:30 A.M. on Monday, April 2, 2018 at United Presbyterian Church in Boyden with Pastor Andrew Hilla ~ officiating.
Burial will be at Sheridan Township Cemetery in Boyden.
Visitation with family present will be from 3 - 5 P.M. on Sunday, April 1, 2018 at Vander Ploeg Funeral Home in Boyden.
The Vander Ploeg Funeral Home is in charge of the arrangements.

John Humme was born October 16, 1930 to William and Grace (Prins) Humme in rural Hull, Iowa. He lived with his parents and sister Kathryn, northwest of Hull and attended country school. He graduated from the 8th grade and then his family moved to the farm a half mile east of Boyden. John attended Boyden High School. On June 8, 1951, John was united in marriage to Leola Diekevers. They resided in Boyden. John drove gas transport and helped with farming.
John left to serve his country in August, 1952. He received his basic training at Ft. Riley, Kansas and was sent to Korea in February, 1953. He served there a year and returned to Boyden receiving his honorable discharge in May, 1954. John and Leola moved to the farm in November, 1954, where they lived and farmed for over 50 years. Three daughters were born and raised on the farm.
He was a member of the United Presbyterian Church in Boyden. The couple camped for over twenty years and many happy hours were spent around campfires with new people they met and became life friends. The couple enjoyed spending time with their family, attending grandchildren’s events and square dancing.
In September of 2008, John and Leola moved into Boyden. In February of 2014, he became a resident of Rock Rapids Health Center spending 11 months there. In January of 2015, he transferred to the Pleasant Acres Care Center in Hull. While at Pleasant Acres he enjoyed trolley rides and all of his many visitors. He passed away on Friday, March 30, 2018 at the Orange City Area Health System reaching the age of 87 years, 5 months and 14 days.
John leaves his wife, Leola of Boyden; three daughters, Laura (Dwayne) Van Meeteren; Leila (Paul) Moret and Lorraine (Daryl) Egdorf all of Boyden; five grandchildren and ten great grandchildren: Amanda Haverhals, Ben, Jacob and Anna; Craig and Sarah Van Meeteren, Harper and Logan; Mark and Crystal Moret, Kinley and Maddox; David and Ashley Egdorf, Kenna and Hallie; Rachel and Matt Jurgens and Emmett; two sisters Kathryn (Jack) Slykhuis of Boyden and Lori (Bob) Belsaas of Bellevue, Nebraska; a sister-in-law, Rosie Diekevers of Boyden; also nieces, nephews and other relatives and friends.
He was preceded in death by his parents, his parents-in-law, Walter “Ole” (Bertha) Diekevers and brother-in-law, Ed Diekevers.

So GOD Created the FARMER
God looked down on his newly-created world and thought
I need someone I can trust to take care of the land and fields.
I need someone strong enough to till the soil, plant the seeds, and
tend the crops. I need someone devoted enough to work
18 hours days. I need someone who will rise at dawn to milk the cows,
mend the fences, and do the chores. Someone who works the fields
all day, fixes the equipment ‘til dark and then stays up
half the night delivering a newborn calf.

Someone who graces you with smiling eyes and feels so proud when
his children say they want to spend their life doing what dad does.

So God Created
THE FARMER!
To order memorial trees or send flowers to the family in memory of John Humme, please visit our flower store.