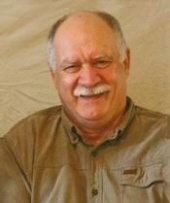 James “Larry” Lawrence Irwin, the son of James and Ruby (Herbold) Irwin was born on March 13, 1948 in Sioux City, Iowa. Larry received his education from Kingsley Pierson, graduating in 1966. He went on to further his education at Iowa Lakes Community College, graduating in 1969. On September 1, 1970 he was united in marriage to Jean Cripe in Sioux Falls, South Dakota. The couple moved to southeast Iowa where Larry worked for Arco Feed and Fertilizer. In June of 1978 the couple moved to Primghar, Iowa. While in Primghar, Larry was a parts manager for Firestone and Goodyear, and later he worked for Peterson Motor in Storm Lake, Iowa and Hamill Motors in Sheldon, Iowa as a parts manager. Later, he did maintenance work for the Primghar Nursing Home and was a Christian counselor. He passed away on Friday, February 15, 2013 at the Baum Harmon Mercy Hospital in Primghar, Iowa reaching the age of 64 years, 11 months and 2 days.
He attended church at the Calvary Chapel in Larrabee, Iowa. He was a member of Pheasants Forever and the National Rifle Association. He enjoyed hunting, fishing restoring cars, welding, being around people, telling stories and had a strong faith.
Larry is survived by his wife, Jean of Primghar, Iowa; two children, Eric and his wife Joni Irwin of Primghar, Iowa and Erin and her husband Russell Drake of Minneapolis, Minnesota; four grandchildren, Victor, Hunter and Lauren Irwin and Ruby Drake; a sister Julie and her husband Deny of Elk Point, South Dakota; also other relatives and friends.
He was preceded in death by his parents.
To order memorial trees or send flowers to the family in memory of Larry L. Irwin, please visit our flower store.