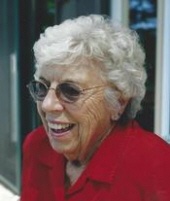 Memorial service for Mary Ann Davis, age 92 of Bloomington, Illinois and formerly of Paullina, Iowa who passed away on August 22, 2013 in Bloomington, Illinois. Her services will be Friday, October 18, 2013 at 1:30 P.M. in the First Presbyterian Church, Paullina, Iowa with Pastor Steve Saville ~ Officiating. Visitation with the family will follow the Service.
Burial will be Friday, October 18, 2013 at 1:00 P.M. at the Prairie View Cemetery in Paullina, Iowa, with Military rites by the: Russell West Post of the American Legion of Paullina.
Memorials may be sent to the
First Presbyterian Church, Paullina, IA
or OSF Hospice Care, Bloomington, Illinois.
Arrangements under the care of the:
Eldridge Family Funeral Home; Paullina, Iowa
On line condolences can be sent to eldridgefamilyfuneralhomes.com
The Eldridge Family Funeral Home in Paullina is in charge of arrangements.

FINAL RESTING PLACE
Graveside Service:
Friday, October 18, 2013 at 1:00 P.M.
at the Prairie View Cemetery in Paullina, Iowa
Military rites by the:
Russell West Post of the American Legion of Paullina

After the memorial service relatives and friends are invited to
join the family in the fellowship hall of the church.

Arrangements under the care of the
Eldridge Family Funeral Home

Memorials may be sent to the
First Presbyterian Church, Paullina, IA
or OSF Hospice Care, Bloomington, Illinois
MARY ANN DAVIS
Mary Ann Davis, 92, of Bloomington, IL died at 9:29 a.m. on Thursday, August 22, 2013 at her home. She was born December 30, 1920 in Paullina, IA, the daughter of Herman and Anna Cohn Ewoldt. She married Francis John “Bud” Davis on July 7, 1944 in Sydney, Australia. He preceded her in death on February 24, 2008 in Bloomington, IL. She was also preceded in death by three brothers, Norman, Edwin, and Burnell Ewoldt. Mary graduated in 1942 as a Registered Nurse from the St. Joseph Mercy College of Nursing, Sioux City, IA where she worked for 18 months after graduation. In February 1943 Mary was commissioned a 2nd Lieutenant in the U.S. Army Nurse Corp. (ANC) and departed for Camp Crowder, AR to await her permanent assignment overseas. In June 1943 Mary arrived at the 118th General Hospital, APO 72, Australia at Herne Bay, New South Wales - the largest military hospital in Australia during World War II. Mary served as an Operating Room Nurse assisting soldiers with battle casualties in the Asiatic Pacific Theater that included the Battle of Leyte Gulf in the Philippines. Mary was promoted to 1st Lt. in March of 1945. It was in Australia that she met – and married – U.S. American Army Lt. Francis “Bud” Davis. In 1945 Mary and Bud returned to civilian life in Seattle, Washington where they purchased their first home and started their family. With the help of Bud’s parents they began the “Davis Tradition” of remodeling every home they would live in. Bud’s promotions with Proctor Electric Co. took them to West Los Angeles, Van Nuys, CA and in 1957 to Philadelphia, PA. Mary was always an “unofficial product tester” and at times demonstrated ironing techniques as “Mary Proctor”. They were fortunate to be able to travel to many places around the world. Mary volunteered at the Germantown Nursing Home and at their local church teaching vacation Bible School. She was a talented seamstress with a great sense of style. You could be sure to see her at HS basketball games and her children’s sporting events. Mary’s homes always reflected her great decorating style, love of antiques, and unusual treasures found at estate sales and auctions. Bud and Mary first retired to Thaggert’s Lake in Whispering Pines, NC. Mary delighted in entertaining friends and family. She loved watching her visiting grandkids and their friends learn to water ski, golf, and enjoy the wonders of NC. Mary, an avid golfer, also loved to watch ACC basketball games, especially Duke. In 1988, they traded the sandhills of North Carolina for the cornfields of Mary Ann’s hometown - Paullina, IA. Mary delighted in spending time with her brothers and families who still resided in Paullina. She was quickly absorbed into community activities and the First Presbyterian Church. After five years of Iowa winters, they were off to the warmer climes of Tower Point Resort in Mesa, AZ where they settled into life on “E” Street. Social life revolved around golfing, bridge, ballroom dancing, and afternoon parties. Mary would often send Bud out to gather the neighbors for a 4 o’clock happy hour. She called it “Rent a Crowd”. In 2004 Bud and Mary moved to Bloomington, IL where they could be close to family in IL and MN. Mary continued her love of following college basketball and getting together with family and friends. She especially loved her daily lunches with son, Brian. Mary will be lovingly remembered as the “neighborhood nurse” no matter where she lived, her world famous peanut clusters, her fantastic sense of humor, optimistic outlook on life, generosity with time and talents, and her devotion to family.
Surviving are her children Kandy (Doug Schultz) Mitchell of Brooklyn Center, MN and Brian (Angela) Davis of Bloomington, IL; two grandchildren, Kirk (Julie) Mitchell of Minnetonka, MN and Brooke (Ron) Long of Ft. Mill, SC and four great-grandchildren, Eliot & William Mitchell and Mitchell & Sydney Long. Also surviving are one brother, Earl Ewoldt of Kandiyohi MN and one sister-in-law, Maxine Ewoldt of Paullina, IA.
To order memorial trees or send flowers to the family in memory of Mary Ann Davis, please visit our flower store.