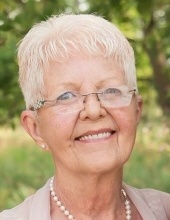 IN LOVING MEMORY OF
NANCY A. BORRINK

CONGREGATIONAL HYMNS
“What A Friend We Have In Jesus”
Pianist: Arlyce Oosterhuis
“Amazing Grace”
“How Great Thou Art”
Organist: Ruth Heitritter

Arrangements under the care of the
Vander Ploeg Funeral Home; Sheldon, Iowa
NANCY A. BORRINK

Nancy Ann Borrink, the daughter of Howard and Thelma (Gunderson) Watkins, was born November 10, 1946 in Sioux City, Iowa. She grew-up in Sioux City, Nancy was baptized and confirmed at St. John’s Lutheran Church in Sioux City. She attended Sioux City Elementary Schools and Sioux City Central High School. Nancy was united in marriage to Marvin Harold Antrim in February of 1964, they made their home in South Sioux City, Nebraska, where she transferred her membership to First Lutheran Church. After their divorce she moved to Sheldon, Iowa where she met and was married to Gary Borrink on July 25, 1980 in Elk Point, South Dakota. Nancy worked for Dr.’s Spronk, Vander Griend & Radke Optometrist in Sheldon for 37 years. Gary preceded her in death on March 22, 2005, Nancy remained at home until her passing on Tuesday, September 10, 2019 at Ava’s House in Sioux Falls, South Dakota.
She was a member of St. Paul Lutheran Church in Sheldon, Iowa. She loved sewing, crafting, hand embroidering, and was interested in woodworking and carpentry. She enjoyed cooking, baking, canning and making wedding cakes. She also loved spending time with her family and grand and great-grandchildren.
Nancy is survived by her children, Terri (Rick) Boone of Sheldon, IA; Lori (Jeff) Hartman of Maurice, IA; Steven (Lisa) Antrim of Sioux Falls, SD; Becky Antrim of Ft. Dodge, IA; Kay (Scott) Humphrey of Conneaut, OH; Dale Borrink of Cherokee, IA; 19 grandchildren, 21 great-grandchildren, her mother, Thelma Brown of Sioux City, IA; a sister, Alice (Jim) Johnson of Sioux City, IA; several nieces, nephews, other relatives and friends.
Nancy was preceded in death by her husband’s, Marvin Antrim and Gary Borrink; her father, Howard Watkins; and a sister, Diane Prusa.

God saw she was getting tired,
And a cure was not to be.
So He put His arms around her,
And whispered, “Come with Me.”

With tearful eyes,
we watched her suffer,
And saw her fade away.
Although we loved her dearly,
We could not make her stay.

A golden heart stopped beating,
Hard working hands to rest.
God broke our hearts to prove to us,
God only takes the best.
To order memorial trees or send flowers to the family in memory of Nancy Ann Borrink, please visit our flower store.