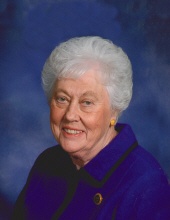 Arrangements are under the care of the
Vander Ploeg Funeral Home; Sheldon, Iowa.
PHYLLIS L. SMITH
Phyllis Lavonne (Halstrom) Smith was born on May 21, 1932 to Leonard John and Edith Christine (Anderson) Halstrom in rural Cherokee County, Iowa on their family farm. She attended school in Meriden, Iowa. Phyllis was a member of the high school women’s basketball team that went to the State Tournament twice. She graduated from Meriden High School in 1950. On October 24, 1952, she was united in marriage to Roger Wayne Smith at the Oakdale Evangelical Free Church in Meriden, Iowa. The couple made their home in Sheldon, Iowa where they had 3 children, Bradley J., Pamela K. and JoLynn. Roger preceded her in death on August 4, 2008. Several years later, Phyllis downsized the family home and in December of 2016, moved into the Cobble Creek Homes in Sheldon. She went home to be with the Lord on Tuesday, June 9, 2020, reaching the age of 88 years and 19 days.
Phyllis was an involved member of the Sheldon United Methodist Church. She was active in the Sheldon Community, belonging to the Order of the Eastern Star, P.E.O., the Red Hat Society and several bridge clubs. She enjoyed spending her summers at Lake Okoboji, where she and Roger originally met. She was a frequent visitor to Arizona to visit her children, grandchildren and her sister and her family.
Phyllis is survived by her children, Dr. Bradley (Danna) Smith of Scottsdale, AZ; Pam Pierce of Sheldon, IA and JoLynn (Scott) Nulph of Peoria, AZ: grandchildren Nicholas Pierce, Ashley Nulph, Alexander Smith and Elizabeth Smith; siblings Bernice Steele of Spirit Lake, IA and Jim Halstrom of Meriden, IA; brother-in-law, Robert Mortenson and many nieces and nephews.
She was preceded in death by her husband, Roger; son-in-law, Dwight Pierce; parents, Leonard and Edith Halstrom, in-laws, Helmer and Laura Smith; siblings, Milton (Marjorie )Halstrom, Ruby (Max) Pixler, Marvin (Sharon) Halstrom, Arlene (Delbert) Carlson, Tom Steele, Lorraine Mortenson, Delores Halstrom, in laws Shirley and Aaron Kruse, Gwen Halstrom and several nieces and nephews.
To order memorial trees or send flowers to the family in memory of Phyllis Lavonne Smith, please visit our flower store.