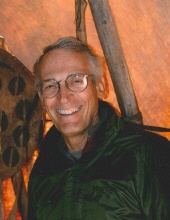 IN LOVING MEMORY OF
RICHARD A. “DICK” SCHNEIDER

Arrangements are under the care of the
Vander Ploeg Funeral Home; Sheldon, Iowa.
RICHARD A. “DICK” SCHNEIDER
Richard Allen Schneider, the son of Claire and Bernadine (Kanouse) Schneider was born on May 31, 1935 in Madison, Wisconsin. He attended grade school and high school from Sheldon Schools graduating in 1953. After graduation he went on to the University of Wisconsin majoring in Chemical Engineering and also playing two years of basketball. In 1955, he married Mary Reed in Ripon, Wisconsin. After their marriage Dick continued his education graduating in January of 1958. He enlisted into the United States Navy after his graduation and completion of ROTC in February of 1958. He served on an oil tanker and was honorably discharged as Lieutenant Jr. Grade in February of 1960. The couple returned to Wisconsin, where Dick went to banker’s school and in the early 1960’s the couple moved to Sheldon, where he began working with his father and uncle at Security State Bank in Sheldon until his retirement in 1997. After his retirement the couple resided at the Dakota Dunes for seventeen years before moving to Whispering Creek Assisted Living. Dick and Mary moved to Sheldon in early June of 2018 where Dick resided at Sanford Senior Care where he passed away on Monday, September 24, 2018 reaching the age of 83 years, 3 months and 23 days.
Dick was a member of the Sheldon United Methodist Church. He served as a director on the NITC board, Village Northwest and Mid-American (IPS). He was also a member of Masonic Lodge and the Shriners. Golfing was a passion of his as he served as board president in Sheldon but also made six holes-in-one, two in one year. Golfing took him to the south, southwest and abroad in Europe. Dick and Mary were ten-time couple’s champions over four decades in the state husband and wife tournament in Iowa and two-time champion in South Dakota. Hiking and backpacking was also a passion, it took him to the western states and he also climbed Mt. Rainier. He was an overall good athlete enjoying all activities.
Dick is survived by his wife, Mary of Sheldon; daughter, Anne Schneider of Spirit Lake; two brothers-in-law, John Reed of Florida and David Reed of California; two nieces; many friends and co-workers.
Dick was preceded in death by his parents and one brother, Charles.
To order memorial trees or send flowers to the family in memory of Richard "Dick" Allen Schneider, please visit our flower store.