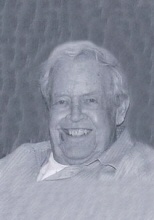 Robert Bob Leitz
Paullina, Iowa
Services for Robert Bob Leitz, age 94, of Paullina, Iowa who passed away on Thursday, January 7, 2016 at the Sutherland Care Center in Sutherland, Iowa.
Per Roberts wishes, he will be cremated and will be inurned at a later date with a memorial service at that time.
Arrangements are under the care of the Eldridge Family Funeral Home in Paullina, Iowa.

Robert Leitz, the son of Louis and June (Jardine) Leitz was born on October 19, 1921 in Bruce, Wisconsin. The family moved to Iowa where Bob attended kindergarten to the 6th grade in a one room schoolhouse in rural Herring, Iowa. He continued from 7th grade until graduating from Wall Lake, Iowa high school in 1939. After graduation he worked on his uncles farm north of Wall Lake until 1942. He enlisted together with 3 life-long friends, also from Wall Lake, into the United States Coast Guard. He served basic training in Alameda, California and then transferred to Eureka, California. He was sent to Pearl Harbor with his brother, Dave and from there, they served together in the Marshall Islands. He was then transferred to Seattle, Washington; Bob was honorably discharged on June 19, 1946, as 1st Class storekeeper and moved back to Wall Lake. Shortly after returning home, he met Annabelle Reiter and they were married September 9, 1948. He worked for a variety-drug store in Kiron, Iowa. In 1952, they moved to Humeston, Iowa where Bob started working for Wayne Feeds as a feed salesman. He moved in 1954 to Hull, Iowa and was promoted to Northwest Iowa District Manager of sales and sales training. In 1960, they moved to Paullina, Iowa. He worked for Wayne Feeds, now Continental Grain until retiring in 1985. In the 33 years that Bob worked for Wayne Feed, he was a dedicated employee and for at least 20 years of his employment, he was recognized and rewarded as the number one district salesman out of over 200 other salesman nationwide. From his hard work, Bob and Annabelle were fortunate and blessed for the opportunity to travel the world.
Bob, his brother, Dave and sister Valora were all confirmed in 1935 at Peace Lutheran Church in Wall Lake and Bob and Annabelle worshipped the Lord at Zion Lutheran Church in Paullina. Both were active with Walther League and Sunday School in the past. He was a member of the V.F.W. and American Legion. He enjoyed fishing, hunting, traveling and many trips to California to see the kids. He enjoyed immensely, the Canadian fly in trips, to fish the Lake of the Woods.
Bob is survived by two sons, Craig Leitz of Potter Valley, California and Keith Leitz of Paullina, Iowa; four granddaughters, Maggie, Sarah, Hillary and Holliday; grandson, John Pearson; eight great-grandchildren, Olivia, Grant, McKenna, Cody, Ashley, Macy, Rylynn, and Luca; two sisters, Waunita DesJarlais and Valora Leitz of Ladysmith, Wisconsin; brother, Lloyd (Sylvia) Leitz of Rice Lake, Wisconsin; three sisters-in-law, Dorothy Leitz of Beloit, Wisconsin, Margie Reiter and Donna Reiter of Wall Lake, Iowa; a brother-in-law, Jeryl Reiter of Wall Lake, Iowa; also other relatives and friends.
He was preceded in death by his wife, Annabelle; father, Lou Leitz; mother, June (Jardine) Leitz-Giles; step father, Bert Giles; father and mother-in-law, Jesse and Gertie (Freese) Reiter; brother, Dave Leitz; sisters-in-laws, Dorothy Leitz and Eva Reiter; brothers-in-law, Don DesJarlais, Harvey Reiter and Kermit Reiter.


He will be dearly missed by everyone that knew and loved him, especially the United Foods employees. We all miss you Dad, Husband, Brother and Friend. Rest in Peace.
To order memorial trees or send flowers to the family in memory of Robert 'Bob' Leitz, please visit our flower store.