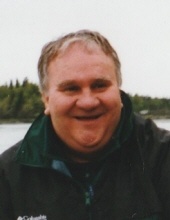 Robert Bruce Biritz was born on June 13, 1940 in Chicago, Illinois to John Robert and Charlotte Eugenie Biritz. Later in his life he gained very special stepmother, Catherine (Kay) Biritz. Bob graduated from York High School in 1958 in Elmhurst, Illinois. During his high school years he competed in Track & Field and played football. Bob graduated from Northern Illinois University in Dekalb in 1963.

Following college, Bob enlisted in the United States Air Force, and obtained the rank of Captain. While in the USAF, Bob served in the Vietnam War. After his honorable discharge, Bob began working for the company Magic Chef, which is now Whirlpool. Bob retired as a territory sales manager after 30 years of service.

Bob always had a passion for the outdoors and nature. He was an avid fisherman and hunter. He left behind numerous memories of his trips up to Alaska, fishing in the deep sea of the Pacific Ocean and the many rivers of the great northern state. Bob also had a deep love for dogs.

Bob is preceded in death by his father, mother, sister Donna and Kay. He is survived by his sister and her husband, Barbara and John Gambill, a daughter and her husband, Erin and Chad Miller, a son, Marc Biritz, a nephew and his wife, Mike and Monika Gambill, four grandchildren, Shannon, Samuel, Connor and Iris, and two great nieces, Michaela and Sophia. Also surviving are Bob’s first wife, Marsha Neff, and second wife, Pamela Seitz. Lastly, Bob is survived by his beloved dog, Cheer.

As a deer longs for flowing streams, so my soul longs for you, O God.
My soul thirsts for God, for the living God.

Psalm 42
To order memorial trees or send flowers to the family in memory of Robert Bruce Biritz, please visit our flower store.