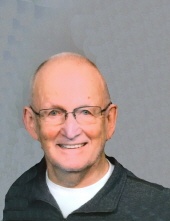 Services for Robert “Bob” L. Schuiteman, age 81, of Sheldon, who passed away on Monday, June 6, 2022, at Sanford Senior Care in Sheldon. His celebration of life service will be held at 11:00 A.M. on Saturday, June 11, 2022, at First Reformed Church in Sheldon with Pastor Dave Van Kley ~ officiating.

The service will be livestreamed on First Reformed Church website. https://www.sheldonfirstreformed.com/

Burial will be held at a later date at Memory Gardens Cemetery in Sioux Center, Iowa.

Visitation with family present will be from 10:00 A.M. until the time of the service on Saturday, June 11, 2022, at First Reformed Church in Sheldon.

MUSIC
“What A Day That Will Be”
Sung by: Pastor Dave Van Kley
CD ~ “No Tears In Heaven”

Robert Leroy Schuiteman, the son of John A. and Henrietta (Sandbulte) Schuiteman was born on March 31, 1941, on the family farm outside of Sioux Center, Iowa. He attended Sioux Center Schools and graduated from Sioux Center High School in 1959. Following high school graduation, he worked construction. He enlisted into the United States Army in October of 1963 and was honorably discharged in August of 1965. Robert was united in marriage to Helene Vermeer in 1965 at First Reformed Church in Sioux Center. Bob continued his education at Northwestern College, graduating with a bachelor’s degree in education in 1969 and went on to earn his master’s degree in Library Science from the University of Northern Iowa in 1973. The couple made their home in Sheldon where Bob was the Media Director/Librarian for Sheldon Community Schools for 37 years, retiring in 2006. Bob passed away on Monday, June 6, 2022, at Sanford Senior Care, reaching the age of 81 years, 2 months, and 5 days.
Bob was a faithful member of Bethel Reformed Church where he served as elder and deacon and also taught Sunday school and Catechism. He served on the Sheldon Library Board for many years. He was a skilled carpenter and, on his summers off, he built several homes in Sheldon. He could fix almost anything and was the first call for friends and neighbors who needed help with home repairs.
Left to cherish his memory are his wife of 56 years, Helene, of Sheldon; two children and their spouses, Pam and Troy Van Beek of LeMars, Iowa and Todd and Deb Schuiteman of Omaha, Nebraska; three grandchildren: Courtney (Christian) Stekl, Brayden and Jackson Schuiteman and brother-in-law, Norman DeJongh. He is also survived by many nieces, nephews, other relatives, and many friends.
Bob was preceded in death by his parents and siblings, Arthur J., Arvin J., Delma Broek, Wilmina Van’t Hul, and Norma DeJongh.

To order memorial trees or send flowers to the family in memory of Robert L. Schuiteman, please visit our flower store.