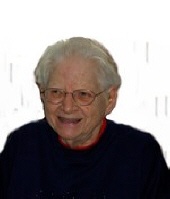 IN MEMORY OF
RUTH VANDER TUIG

MUSIC
“Oh Holy Night” sung by Dave Vander Broek
CONGREGATIONAL HYMNS
“Joy to the World”
“His Eye is on the Sparrow”
“Lo! How a Rose ‘ere Blooming”
Organist: Alyda Haack

Ruth Elaine Vander Tuig, the daughter of James and Hattie (Vanden Berg) Van Zyl, was born August 22, 1924 in Springfield, South Dakota. She moved with her family to O’Brien County, Iowa where she graduated from Sanborn High School in 1942. In November, 1950, she was united in marriage to Richard Vander Tuig in Primghar, Iowa. After their marriage the couple farmed in the Sheldon and Primghar area for many years. The couple retired and spent their retirement years in Primghar. She enjoyed spending time with her family. Her husband preceded her in death on January 29, 2006. Ruth remained in Primghar until moving to Baldwin City, Kansas in October, 2007. She passed away on Wednesday, December 24, 2008 at the Baldwin City Nursing and Rehab Center, reaching the age of 84 years, 4 months and 2 days.
She was a member of the American Reformed Church in Primghar. Ruth enjoyed participating in the women’s activities, and especially enjoyed the singing and music in church.
Ruth is survived by two daughters, Blanche Vlieger of Omaha, NE and Roxane Vander Tuig of Lyons, SD; one son and his wife, Paul and Sheila Vander Tuig of Baldwin City, Kansas; five grandchildren, Jeremy and his wife, Susan Vlieger; Brandt and his wife, Kaci Vlieger; Jonathan and his wife, Paige Vlieger; Amanda and Justin Vander Tuig; four great-grandchildren, Avryll and Cecelia; Allie and Kinley Vlieger; two step-great-grandchildren, Bradley and Caitlyn; a brother-in-law, Mitch Vander Tuig of Primghar; four sisters-in-law, Frances Van Zyl; Sadie Hilbrands; Gladys and her husband, Don Hylarides and Joyce Vande Griend; also many nieces, nephews and other relatives and friends.
She was preceded in death by her husband, an infant daughter, Gloria Jean; son-in-law, John Vlieger; two brothers, Ralph and Andrew; two sisters, Anna and Lillian and their spouses; a brother-in-law, Percy Vander Tuig and a sister-in-law, Matilda Vander Tuig.
To order memorial trees or send flowers to the family in memory of Ruth E. Vander Tuig, please visit our flower store.