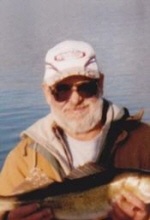 IN MEMORY OF
WAYNE B. HERWIG

Wayne B. Herwig, the son of Wayne and Charlotte (Long) Herwig was born July 9, 1951 in Cherokee, Iowa. He moved with his family to Paullina, Iowa where he received his education, graduating from Paullina High School in 1969. In 1972, he was united in marriage to Marcia Peterson. Wayne worked for Russ Anderson at the body shop until 1989, when he became owner of the Paullina Body Shop. Wayne had pride fixing anything that came into his shop. Wayne said, “We can fix anything but a broken heart.”

Wayne passed away on Wednesday, December 28, 2011 at his residence in Paullina, reaching the age of 60 years, 5 months and 19 days.
Wayne was a member of the First Presbyterian Church. He enjoyed fishing, cars, his community, family, music, racing and spending time at Mill Creek State Park in Paullina.
Wayne is survived by his two sons, Brad of Cherokee, Iowa and Matt and Danica of South Padre Island, Texas; his mother Charlotte Herwig of Paullina, Iowa; two brothers, Frank of Cherokee, Iowa and Steve of Paullina, Iowa; one sister Carol and her husband George Morgan of Washington, DC; one grandson Michael of Cherokee, Iowa; also other relatives and many friends.
He was preceded in death by his father.
Those fortunate enough to know Wayne, will remember him for his stubborn ways and witty sense of humor.
To order memorial trees or send flowers to the family in memory of Wayne B. Herwig, please visit our flower store.