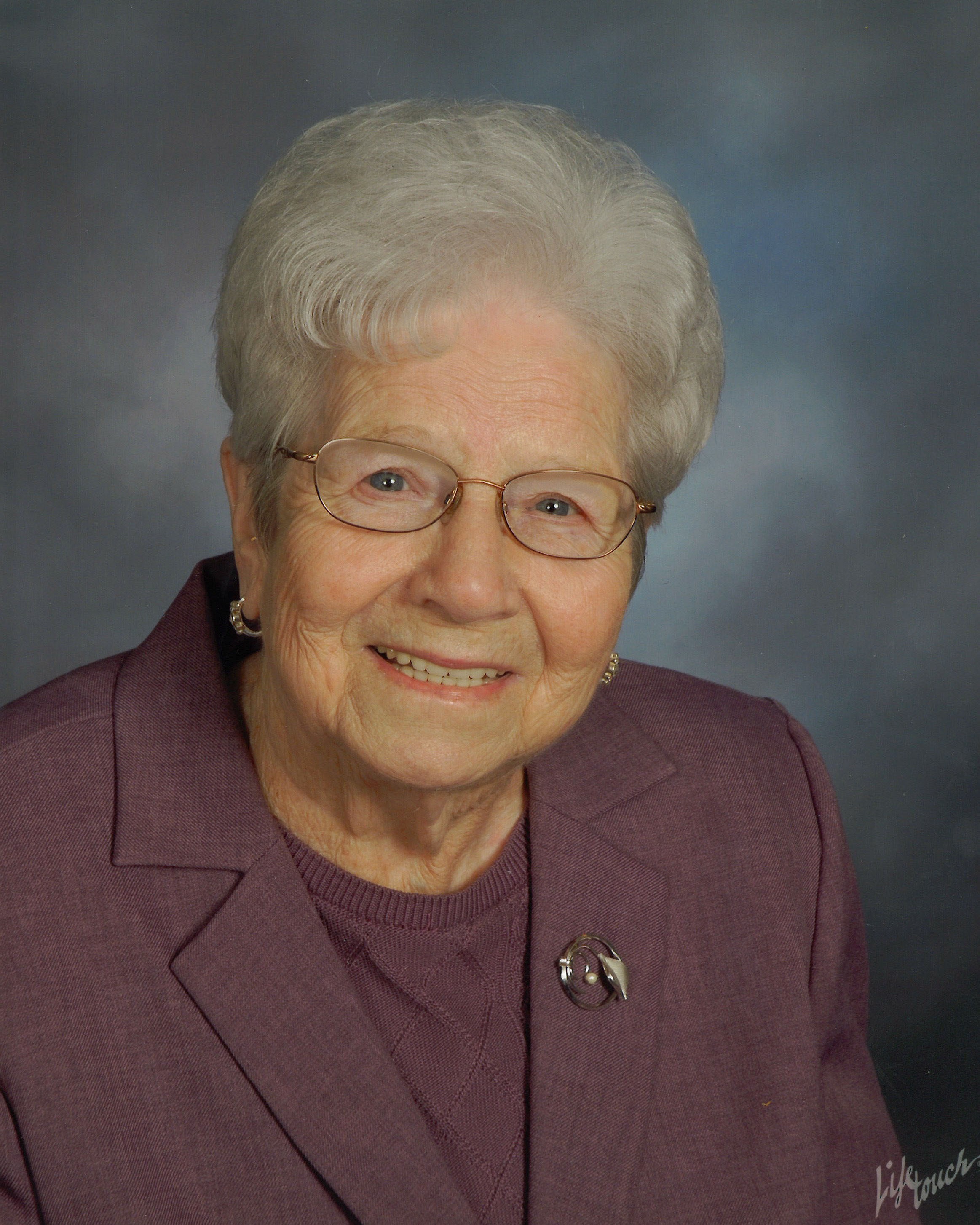 Aletha Oldenkamp, age 98, of Sheldon who passed away on Monday, December 19, 2022 at Sanford Senior Care in Sheldon, Iowa. Her funeral service will be at 1:00 P.M. on Tuesday, December 27, 2022, at the First Reformed Church in Sheldon with Rev. John Swoyer ~ officiating.

Burial will be the East Lawn Cemetery in Sheldon, Iowa.

Visitation with family present will be from 11:30AM until service time on Tuesday, December 27, 2022, at the First Reformed Church in Sheldon.

The service will be live streamed on the First Reformed Church's website. https://www.sheldonfirstreformed.com/

Aletha was a life-long member of the First Reformed Church in Sheldon. She enjoyed cooking, baking, camping and fishing.

She was preceded in death by her husband, her parents; 2 brothers, Edward A. (Esther) and Alexander “Sandy” (Florence) Boone and 3 sisters, Tillie Boone; June (Harold) VanBeek and Leona (William “Bill”) Moret.

To order memorial trees or send flowers to the family in memory of Aletha Oldenkamp, please visit our flower store.