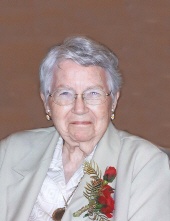 IN LOVING MEMORY OF
ALPHA A. CHAPIN

Arrangements are under the care of the:
Vander Ploeg Funeral Home; Sheldon, Iowa
ALPHA A. CHAPIN
Alpha Adelle Chapin, the daughter of Nelson and Ada (Wacker) Henline, was born December 14, 1925 in Primghar, Iowa. She grew-up in Primghar where she attended school and graduated from the Primghar High School in 1943. After high school she worked as a bookkeeper for the Rural Electric Association, the Hartley Creamery and as a clerk for the WAE in the O’Brien County Courthouse. On April 22, 1955, she was united in marriage to Dale H. Chapin in Primghar, after their marriage the couple made their home in Sheldon. He preceded her in death on February 2, 1976. Alpha also worked as a cook for the Sheldon Community School System from 1974 until her retirement. She passed away Tuesday, April 24, 2018 at the Sanford Sheldon Medical Center in Sheldon, Iowa reaching the age of 92 years, 4 months and 9 days.
Alpha was a member of the United Church of Primghar, serving as a board member and holding various offices; she also was a past member of the 1st Congregational Church in Sheldon and holding various offices. She was also a member of the O’Brien County Art Club, the Prairie Arts Council and a board member and a member of the VFW Auxiliary for 60 years. She loved painting, sewing and reading. She also enjoyed spending time with her grandchildren and family.
She leaves to cherish her memory 2 sons, Grant (Amy) Chapin of Sheldahl, Iowa; Rex (Janis) Chapin of Sheldon, Iowa; 5 grandchildren, Sarah (Jason) Hughes, Jeremy (Wendy) Chapin, Rita (Chad) Van Meeteren, Kristi (Nathan) Punt, Kathi (Nick) Stellinga; 13 great-grandchildren also nieces, nephews and other relatives and friends.
Alpha was proceeded in death by her husband, Dale; her parents, 2 brothers and their wives, Perry and Doreen Henline and James and Shirley Henline and a sister Nadine and her husband, Dale Parry.


IF EVER THERE IS A TOMORROW
WHEN WE’RE NOT TOGETHER

THERE IS SOMETHING YOU
MUST ALWAYS REMEMBER

Winnie the Pooh
To order memorial trees or send flowers to the family in memory of Alpha A Chapin, please visit our flower store.