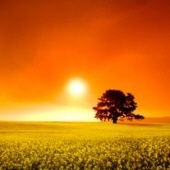 Anthony "Tony" Behrens, age 47, of rural Sheldon, Iowa, passed away on Wednesday, January 3, 2018 at his home in rural Sheldon. Memorial Service will be Sunday, January 7, 2018 from 2:00 to 4:00 P.M. at the Eagle's Club in Sheldon. Tony will be cremated and burial will be at a later date. Anthony "Tony" Behrens was born on January 3, 1971 in Primghar, Iowa. He was the son of Richard and Eleanor (Blom) Behrens. He lived his youth in Primghar and Sheldon, Iowa. He attended Sheldon High School and later went on to get his G.E.D. Tony was a manager for GCC Cement Plant for many years. He was later employed by Sheldon Tree Service. He enjoyed working on older vehicles and his motorcycle. He was considered a "shade tree mechanic". Tony enjoyed riding his Harley, taking his daughter for rides, and spending time with his friends. He was a strong willed individual and his way was the only way. Tony became ill with cancer in July of 2017 and passed away on January 3, 2018 at his home in rural Sheldon. Those left to cherish his memories are his daughter, Paige Alexandria Johnson of Rock Rapids, IA; his mother, Eleanor Behrens of Sheldon, IA; mother of Paige, Brandi Neuman of Rock Rapids, IA; brother, James and wife Tammy Behrens of Sheldon, IA; sister, Sue and husband Jeff Smith of Piedmont, SD; brother-in-law, Steve Rabe. He was preceded in death by his father, Richard Behrens and sister, Sandi Rabe.

To order memorial trees or send flowers to the family in memory of Anthony "Tony" Behrens, please visit our flower store.