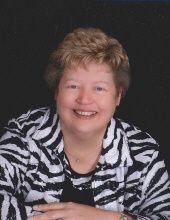 Visitation
with family present will be
from 10:00 A.M. until service time
on Wednesday, September 19, 2018
at the United Methodist Church in Sheldon, Iowa.

MUSIC
“Until Then”
Sung by: Greg & Starla Geels
CONGREGATIONAL HYMNS
“Amazing Grace”
“When We All Get To Heaven”
Organist: Barb Burns

Arlene Harriet Kramer the daughter of William and Allie (Van Bruggen) Wiekamp was born August 12, 1946 on the family farm by Matlock in Sioux County, Iowa. She attended grade school in Matlock and graduated from Sheldon High School in 1964. She received her education for L.P.N. training in Sioux Falls, South Dakota graduating in 1966. She returned to Sheldon to work at the Sheldon Hospital. On March 22, 1968, she was united in marriage to Gary Kramer at the Matlock Reformed Church in Matlock, Iowa. After their marriage the couple moved to Tulsa Oklahoma, where she worked at the Hillcrest Medical Center until 1969. The couple moved to Minneapolis, Minnesota, where she worked at Fairview South Dale Hospital until 1971, when the couple moved to Sheldon. She worked at the Northwest Iowa Health Center in Sheldon as a L.P.N. and later in bookkeeping for a total of thirty-one years before her retirement. Her husband preceded her in death on March 8, 1990 in Sheldon. She remained in the family home until moving to the Christian Retirement Home in 2015. She had been a resident of the Sanford Senior Care for the past month, passing away on Thursday, September 13, 2018 reaching the age of72 years, 1 month and 1 day.
She was a member of the United Methodist Church in Sheldon. Family was very important to Arlene as well as the many patients she cared for over the years in the hospitals she worked in.
Arlene is survived by a sister, Ellen Geels of Sheldon, Iowa; a brother and his wife, James and Mary Wiekamp of Rochester, Minnesota; a brother-in-law, Leroy Kooiker of Rock Rapids, Iowa; fifteen nieces and nephews and many great nieces and nephews.
She was preceded in death by her husband, Gary, her parents, a sister, Gladys Kooiker, brother-in-law, Chris Geels.

Assurance can seem fleeting,
And peace an empty shell.
Our souls may be in turmoil,
Though we all sing “It Is Well”.
Yet His Word is filled with power
All His covenants are true,
And the gates of hell shall not prevail,
What He’s promised, He will do.

Don’t let your heart be troubled,
Don’t let it be afraid.
The debt that pulls us downward,
Has all been fully paid.
Now rejoice in what He offers
And rejoice in what He’s done.
Let the praises ring to the King of kings,
For the best is yet to come.
To order memorial trees or send flowers to the family in memory of Arlene H. Kramer, please visit our flower store.