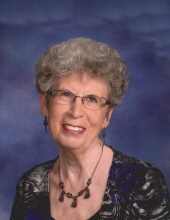 Arrangements are under the care of the Andringa Funeral Home in Sheldon.
Online condolences may be made to the Family at www.vanderploegfunerals.com


IN LOVING MEMORY OF
ARLENE KLEMME


Arlene Klemme, the daughter of Frank and Emma (Erhardt) Nienke was born on August 24, 1933 in Ellsworth, KS. She country school through the eighth grade and then attended four years of high school in Ellsworth, graduating in 1951. After graduation she worked as a secretary for Western Light and Telephone Company in Ellsworth. In 1953, she met Wendall Klemme while he was stationed at Smoky Hill Air Force Base in Salina, KS, they eventually married on August 16, 1953 at St. Paul Lutheran Church in Ellsworth, KS. They made their home in Salina until he was discharges from the service in March of 1956. They moved to Wichita, KS, Sioux City, IA, Akron, IA and then to Sheldon.
Arlene and Wendall had 3 children, Cheryl Mydland, Terri Malenke and Michael Klemme. While living in Akron, Arlene worked in Sioux City at Dr’s Stauch, Boyson and Jackson’s office. When they moved to Sheldon, she went to work in the office of Dr. Zoutendam and Dr. Carl Vorhes. She worked there until her retirement in 1995. During their retirement they traveled to Alamo, TX for 15 years during the winter months. Wendall preceded her in death on December 26, 2008 in McAllen, TX. On Monday, August 3, 2020, Arlene passed away at the Fieldcrest Memory Care in Sheldon, reaching the age of 86 years, 11 months and 6 days.
Arlene was a member of St. Paul Lutheran Church in Sheldon. During her lifetime, Arlene spent many hours sewing for her family, crocheting many afghans, potholders and baby blankets, caring for great grandchildren and reading.
Left to cherish Arlene’s memory are her children, Cheryl Mydland of Sioux Falls, SD; Terri Malenke of Sheldon, IA; and Mike (Robin) Klemme of Sioux Center, IA 6 grandchildren, Kelly (Chad) Wulf, Staci (Kevin) Kleinhesselink, David (Jenny) Erkes, Travis Klemme, Taylor Klemme and Jillian Martinson; 12 great-grandchildren, Camden and Braeden Wulf; Colby, Jaden, Maliah and Makenna Kleinhesselink; Kaleb Akerman; Aubrey Erkes; Devyn Klemme; Avery, Sadie and Ellie Martinson; 1 great-great-grandson, Lincoln Wulf; 3 step grandchildren, 11 step great- grandchildren and 8 step great-great-grandchildren and other relatives and friends.
Arlene was preceded in death by her husband, 2 brothers, a sister and 1 brother-in-law.
To order memorial trees or send flowers to the family in memory of Arlene Klemme, please visit our flower store.