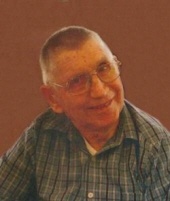 IN MEMORY OF
ARNOLD H. WINTER

Visitation will be after 4 P.M. Friday, August 5, 2016
with family present from 5 7 P.M.
at the Vander Ploeg Funeral Home in Boyden.

CONGREGATIONAL HYMNS
Amazing Grace
How Great Thou Art
In The Garden
I Know that My Redeemer Lives
Organist: Anita Kray

Arrangements under the care of the:
Vander Ploeg Funeral Home; Boyden, Iowa.

ARNOLD H. WINTER
Arnold Herman Winter was born in Sioux County, Iowa on December 10, 1930 to William H. and Dorothea (Bahlke) Winter. He was baptized on December 21, 1930 with a confirmation verse of Mark 16:16 and confirmed, March 25, 1945. He attended St. John Christian Day School. He worked on the farm for his father and later for his brothers. He enjoyed working with his brother, Ernest and enjoyed all aspects of farming from being a grain farmer and raising hogs and cattle. He served in the Army for two years, his German heritage fitting him well for service in Germany. While stationed in Germany he was able to visit family at their home place. In 1959, he started farming on his own. After a stroke and five weeks in the hospital in 1972, he moved in with his brother, Albert and sister, Martha. After his stroke he started a new hobby, working with ceramics. In 1991, they retired and moved to Boyden and then later to Sheldon in 2005. In March of 2009, he moved to Sanford Senior Care where he enjoyed many visits from family and friends. Arnold passed away at Sanford Senor Care on Wednesday, August 3, 2016, reaching the age of 85 years, 7 months and 23 days.
Arnold was a lifelong member of St. John Lutheran Church in Boyden. Faith was very important and it was a priority to attend and generously support his church. He was a very caring and giving man and would help people in many ways. While at Senior Care, he enjoyed bowling, the mens club and many entertainments hed never had time for before. He was interested in politics; Arnold was a patriot who cared where his country placed its priorities. Other than the church he gave to Northwest Village and many other charities.
Arnold is survived by his brother, Ernest and his wife, Carol Winter of Boyden, Iowa; sister-in-law, Fenna Winter; many nieces and nephews and friends.
Arnold was preceded in death by his parents, brothers, Albert, Fritz and Louis and sisters, Betty McKnight and Martha Winter and a niece, Karen (Winter) Schmidt.
To order memorial trees or send flowers to the family in memory of Arnold H. Winter, please visit our flower store.