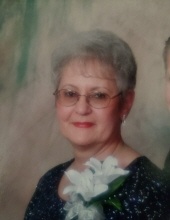 Barbara S. Rozeboom
Sheldon, Iowa
Barbara Sheryl Rozeboom, age 76, of Sheldon who passed away on Saturday, October 17, 2020 at Sanford Medical Center in Sioux Falls, South Dakota. Her service will be at 11:00a.m. on Thursday, October 22, 2020 at St. Patrick Catholic Church in Sheldon, Iowa with Fr. Siby Punnoose ~ officiating.
Burial will be in St. Patrick Catholic Cemetery, Sheldon at a later date.
Visitation with the family present will be from 9:30-10:30a.m. on Thursday, October 22, 2020 at the Vander Ploeg Funeral Home in Sheldon.

The family requests that everyone observes the social distancing guidelines
Masks are required during the visitation and the service at the church
with limited seating available for the church service.

MUSIC
“Here I Am Lord”
“Precious Lord, Take My Hand”
“Peace Is Flowing Like A River”
“Song of Farewell”
“Be Not Afraid”
Cantor: Tricia Meendering
Organist: Laura Wagner


Arrangements are under the care of the
Vander Ploeg Funeral Home; Sheldon, Iowa
Barbara Sheryl Rozeboom, the daughter of John and Mary (Fricke) Visser was born on December 13, 1943 in Sheldon, Iowa. She attended and graduated from Sheldon Community High School. Her 7th and 8th grades were spent at St. Patrick’s Catholic School, where she was among the 1st to graduate from there ~ she then transferred back to the Public School. Barb’s first real job was working for the Presentation Sisters (7-8 grade). She would prepare – serve and clean-up evening meals. Saturdays was baking and laundry. Many jobs were to follow, Bonnie’s Café (waitress, cook), Harker’s, Tyson, HyVee, Sheldon Lunch School, Ma Bell and Fieldcrest (activity director) working with the elderly was the most rewarding of all. She was also a volunteer at the Treasure Chest for years. On September 14, 1963, she was united in marriage to Daryl Ray Rozeboom. To this union 4 children were born, Randy, Ronda, Renee and Ryan. Barbara passed away on Saturday, October 17, 2020 at Sanford Medical Center in Sioux Falls, South Dakota reaching the age of 76 years, 10 months and 4 days.
Barb was a member of St. Patrick’s Catholic Church in Sheldon and a member of C.D.A.. She also belonged to the Ladies Auxiliary of the Eagles. She loved camping and boating, whenever possible. She loved dancing, roller skating (when she was younger), reading mysteries, playing bingo, trips to Jackpot Junction and just gathering with family and friends. #1 on Barb’s bucket list was a vacation in Hawaii. This was accomplished in 2015, when she and Daryl took their 4 children and their spouses to Maui. This was their own little paradise for 1 week, a family time to treasure for all times.
Those left to cherish her memory are her husband of 57 years, Daryl; 4 children, Randy (Melanie) Rozeboom of Sioux Center, IA; Ronda (Benjamin) Bachman of Warrensburg, MO and Renee (Dave) Koehlmoos of Paullina, IA and Ryan (Shondra) Rozeboom of Sibley, IA; 11 grandchildren, 13 great-grandchildren, a sister and her husband, Janice and Dave Gano of Sanborn, IA; also many nieces and nephews, relatives and friends.
Barb was preceded in death by her parents, John and Mary Visser; a sister, Dorothy Butler; a great-grandson, Giovanni Leandro Aguilar; her in-laws, Lammert and Edith Rozeboom and a brother-in-law, Vernon Rozeboom.
To order memorial trees or send flowers to the family in memory of Barbara Sheryl Rozeboom, please visit our flower store.