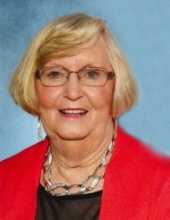 Her service will be live-streamed on our Facebook page -

In lieu of flowers, family requests memorials be directed to the family for a designated place to be named later.

After today’s graveside service, relatives and friends are
Invited to join the family at Andringa Funeral Home for a time of fellowship.