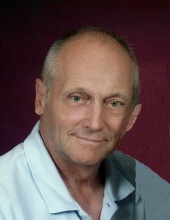 Visitation
will be after 4 P.M. with family present from 5 – 7 P.M.
on Thursday, August 30, 2018
at the Eldridge Family Funeral Home in Paullina.

Arrangements under the care of the
Eldridge Family Funeral Home; Paullina, Iowa
BURDETTE E. ROHDE
Burdette Ernest Rohde the son of Ernest and Norma (Heinl) Rohde was born November 10, 1938 in Sutherland, Iowa. He received his education in Sutherland school. At the age of 17 he received training at Fort Leonard Wood and trained to serve in the National Guard. On December 21, 1957, he was united in marriage to Joan Moos at the Bethel Lutheran Church in Sutherland, Iowa. After their marriage the couple settled in Paullina, Iowa where Burdette worked at Community Co-op which later was First Cooperative for 58 years. He passed away on Tuesday, August 28, 2018 in Paullina reaching the age of 79 years, 9 months and 18 days.
He was baptized on August 24, 1941 and was confirmed on April 14, 1955 at Bethel Lutheran Church in Sutherland and was currently a member of the Zion Lutheran Church in Paullina, where he had served as an Elder and Head Usher. He had been a member of the Paullina Fire Department for 23 years and was a past member of the Paullina Jaycees. He enjoyed spending time with his family, eating out and fishing.
Burdette is survived by his wife, Joan of Paullina; one son, Steve Rohde of Paullina and one daughter, Sandy and her husband, Dan Richter of Paullina; one brother, Donald and his wife, Jane Rohde of Cambridge, Iowa and one sister, Joan Selk of Sacramento, California; also other relatives and many friends.
He was preceded in death by his parents, step-father, Ed Ferguson, two brothers, Clarence and LeRoy Rohde and one sister, Darlene Fink


The Lord is my Shepherd; I shall
not want. He maketh me to lie
down in green pastures; He leadeth
me beside still waters. He
restoreth my soul; He leadeth me
in the paths of righteousness for
His name’s sake.
Yea, though I walk through the
valley of the shadow of death, I will
fear no evil; for Thou art with me;
Thy rod and Thy staff they comfort
me; Thou preparest a table before
me in the presence of mine enemies;
Thou anointest my head with oil,
my cup runneth over.
Surely goodness and mercy shall
follow me all the days of my life;
and I will dwell in the house of the
Lord forever.
To order memorial trees or send flowers to the family in memory of Burdette E. Rohde, please visit our flower store.