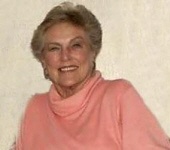 IN LOVING MEMORY OF
CAROLYN I. BARNES

Visitation will be after 3 P.M. Thursday, January 26, 2017
with the family present from 5 to 7 P.M. Thursday
at the Eldridge Family Funeral Home in Paullina.

CONGREGATIONAL HYMNS
Because He Lives
Im But a Stranger Here
God Be With Till We Meet Again
Organist: Joyce Hibbing

At the graveside service:
How Great Thou Art by Jeremy Petersen

CAROLYN I. BARNES
Carolyn Irene Barnes the daughter of Elvert and Irene (Meyer) Meyer was born April 13, 1932 in Germantown, Iowa. She received her education at St. John Lutheran School in Germantown and later graduated from Paullina High School. On September 11, 1949, she was united in marriage to John Jack Barnes at Zion Lutheran Church in Paullina. Most of the couples life was spent in the Paullina area, also Waterloo and Perry, Iowa where they raised their three children. In their retirement years, they spent 29 winters in Arizona which became a very special part of their lives together. The couple most recently moved to an assisted living in Perry, Iowa. Carolyn passed away in Des Moines on Friday January 20, 2017 reaching the age of 84 years nine months and seven days.
She was baptized at the St. John Lutheran Church in Germantown on May 1, 1932 and later confirmed on May 20, 1945 at Zion Lutheran Church in Paullina where she was a long-time member. She sang in church choirs for over 70 years, having sung her first solo at age 13. She would say singing was praying. She was a member of the Zion Ladies Aid where she was a loyal member, attending conventions and had served as president. Carolyn was dedicated to her family always enjoying their times together and making sure she fed them with style and color! Her enjoyments were singing, gardening, flower arranging and watching her Jack with his horses.
Carolyn is survived by her husband of almost 68 years, Jack Barnes of Perry, Iowa; children, Lonna Szczesny of Maple Lake, Minnesota; Lori (Dennis) Petersen of West Des Moines, Iowa and Anthony Alan Tony (Linda) Barnes of Washington, D.C.; four grandchildren, Sami Szczesny, Jeremy Petersen, Suzi Petersen and John Barnes; four great grandchildren, Cameron Fabritz, Annabelle Petersen, Elizabeth and Desmond Petersen; also nieces and nephews, relatives and friends.
She was preceded in death by her son-in-law, Robert Szczesny, parents, two sisters, Verla Mae Brugh and Lois Hohenstein and one brother, Darrell Meyer.
To order memorial trees or send flowers to the family in memory of Carolyn I. Barnes, please visit our flower store.