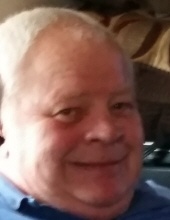 
Arrangements under the care of the
Vander Ploeg Funeral Home
Sheldon, Iowa

CHARLES L. MORDICK
Charles Lynn Mordick, the son of Howard Lynn and Rose Marie (Davis) Mordick was born May 3, 1960 in Cherokee, Iowa. He received his elementary education in Alta, Iowa and attended Middle School and High School in Storm Lake, Iowa. After high school Charles served in the United States Navy and was discharge on December 4, 1981. He moved back to the Storm Lake area, he then moved to Milan, Illinois where he worked as a sales clerk in convenience stores. Charles moved to Sheldon, Iowa in 2009, where he worked at the Holiday Inn and at Casey’s. Charles passed away on Tuesday, February 26, 2019 at his residence in Sheldon.
He enjoyed spending time with his family, loved music and playing the guitar.
Charles is survived by his mother, Rose Marie Mordick of Lacrosse, Wisconsin; 2 sisters and 2 brothers, Cathy (Jim) Berge of Lacrosse, Wisconsin; Kenneth (Kim) Mordick and Barry (Rhonda) Mordick both of Sheldon, Iowa and Karen Mordick of Stoughton, Wisconsin; and other nieces, nephews and other relatives and friends.
He was preceded in death by his father, Howard Lynn Mordick on November 11, 2008.
To order memorial trees or send flowers to the family in memory of Charles Lynn Mordick, please visit our flower store.