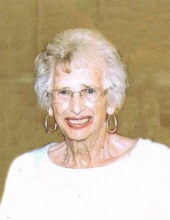 Visitation
will be Saturday, September 7, 2019
from 10:00am until Service time
at the Vander Ploeg Funeral Home
Sheldon, Iowa

After today’s service, relatives and friends are invited
to join the family in the fellowship hall of the
United Methodist Church.

Arrangements under the care of the
Vander Ploeg Funeral Home; Sheldon, Iowa
Darlene Rose Fox
Darlene Rose Fox was born on September 12, 1928 at Lytton, Iowa to Francis and Esther (Sheeler) Reilly. She passed away on August 24, 2019 in the Memory Care Unit at the Sanford Sheldon Medical Center in Sheldon, Iowa at the age of 90 years, eleven months and twelve days.
Her childhood, education and life were spent primarily in Sheldon. She was united in marriage to Stanley D. Fox on June 26, 1948. To this union three children were born: Darrell, Ann and Steve.
Darlene was a secretary for many years at the Sheldon Dehydrating Plant, and later, Sheldon Community Schools. She served in many capacities for the Sheldon United Methodist Church. Her Life revolved around her family and their activities, especially football and swimming. During retired life, Stan and Darlene traveled abroad, and the United States before finding a community in Florida in which to enjoy the winter months.
There were many passions of her life, but nothing as deep as the bond between “The Bridge Club.” These ladies formed a forever friendship which became her family as Darlene was an only child. Her eyes would light up at hosting bridge and celebrating their joys and sorrows of her club members. Her love of walking and watching her grandchildren’s many activities kept her life busy and happy.
She was preceded in death by her parents; her husband and grandson, John Fox.
Left to celebrate her life are two sons, Darrell and wife, Judy, and Steve and wife, Missy all of Spencer, Iowa; daughter, Ann Hoch, and husband, Jim of Ainsworth, Nebraska; grandchildren, Chris and Ben Fox, Reilly Hoch and wife, Abby, Haley Hoch, Cassidy (Fox) Christy and husband, Andrew, and Cooper Fox along with one great-granddaughter, Jaeda Hoch.


The Lord is my Shepherd; I shall
not want. He maketh me to lie
down in green pastures; He leadeth
me beside still waters. He
restoreth my soul; He leadeth me
in the paths of righteousness for
His name’s sake.
Yea, though I walk through the
valley of the shadow of death, I will
fear no evil; for Thou art with me;
Thy rod and Thy staff they comfort
me; Thou preparest a table before
me in the presence of mine enemies;
Thou anointest my head with oil,
my cup runneth over.
Surely goodness and mercy shall
follow me all the days of my life;
and I will dwell in the house of the
Lord forever.
To order memorial trees or send flowers to the family in memory of Darlene Rose Fox, please visit our flower store.