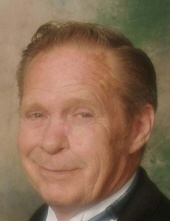 Daryl Ray Rozeboom, age 78, of Sheldon, Iowa who passed away on Saturday, February 27, 2021 at his home in Sheldon. His Funeral Service will be held at 11:00 AM on Friday, March 5, 2021 at St. Patrick Catholic Church in Sheldon, Iowa with Fr. Siby Punnoose ~ officiating.

Burial will be at a later date in St. Patrick Catholic Cemetery in Sheldon, Iowa.

Daryl Ray Rozeboom, the son of Lammert James and Edith (Sorgdrager) Rozeboom was born on September 7, 1942 in Sheldon, Iowa. He attended and graduated from Sheldon Community High School. On September 14, 1963, he was united in marriage to Barbara Sheryl Visser. To this union 4 children were born, Randy, Ronda, Renee and Ryan. His early years were spent farming with his parents. Daryl served in the Sheldon Iowa Army National Guard. He later worked for Overlee Plumbing & Heating, Noack Electric, M&B Flying Service (mechanic & pilot), Demco and Sanford Sheldon Medical Center in maintenance from which he retired on September 19, 2006. His wife, Barbara preceded him on October 17, 2020, Daryl remained in his home until he passed away on Saturday, February 27, 2021 reaching the age of 78 years, 5 months and 20 days.
Daryl was a member of St. Patrick’s Catholic Church in Sheldon and the Eagles. He enjoyed hunting and fishing with the boys. Many weekend camping trips with the family brought him great pleasure. Flying was his biggest joy – Soar with the Eagles.
Those left to cherish his memory are his 4 children, Randy (Melanie) Rozeboom of Sioux Center, IA, Ronda (Benjamin) Bachman of Warrensburg, MO, Renee (Dave) Koehlmoos of Paullina, IA and Ryan (Shondra) Rozeboom of Sibley, IA; 12 grandchildren, 15 great-grandchildren, sisters-in-law, Bev Rozeboom of Sheldon, IA and Janice (Dave) Gano of Sanborn, IA; also many nieces and nephews, and other relatives and friends.
Daryl was preceded in death by his wife, Barb, a great-grandson, Giovanni Aguilar; his parents, Lammert and Edith Rozeboom, his in-laws, John and Mary Visser; a brother, Vernon Rozeboom and a sister-in-law, Dorothy Butler.
To order memorial trees or send flowers to the family in memory of Daryl Ray Rozeboom, please visit our flower store.