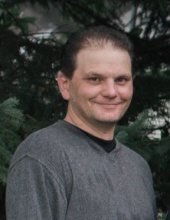 Services for David Puhrmann, age 41, of Paullina who passed away on Thursday, February 24, 2022, at Sanford USD Medical Center in Sioux Falls, South Dakota. His funeral service will be at 10:30 A.M. on Wednesday, March 2, 2022, at Zion Lutheran Church in Paullina with Rev. Donald Meyer ~ officiating.

Visitation with family present will be from 5 – 7 P.M. on Tuesday, March 1, 2022, at the Eldridge Family Funeral Home in Paullina.

IN LOVING MEMORY OF
DAVID PUHRMANN

MUSIC
“How Great Thou Art” and “Amazing Grace”
Sung by David Fintel
C.D. “ I Can Only Imagine”
C.D. “Scars in Heaven”
Organist: Angie Johannsen

Arrangements under the care of the Eldridge Family Funeral Home; Paullina, Iowa

DAVID PUHRMANN
David Puhrmann the son of Monte and Ronnette (Kuehl) Puhrmann was born January 14, 1981 in Primghar, Iowa. He received his education at South O’Brien schools. David had lived his entire life in Paullina. He had been employed at Monte’s Steak House and most recently at the Hideout in Germantown as a cook, bartender and on clean-up. He passed away on Thursday, February 24, 2022 at the Sanford U.S.D. Medical Center in Sioux Falls, South Dakota reaching the age of 41 years, 1 month and 10 days.
He was baptized on December 31, 1981 and later confirmed on May 5, 1996 and was a lifelong member of Zion Lutheran Church in Paullina. He enjoyed hunting, being outside helping on the farm, working at his home tinkering with cars. He was a Minnesota Vikings fan and had a love for his German Shepherd, Max who will be with him forever.
David leaves to cherish his memory his mother, Ronnette Puhrmann of Paullina, Iowa; his father and step mother, Monte and Kim Puhrmann of Paullina, Iowa; brother, Jeremy (Leah) Puhrmann of Paullina, Iowa; sister, Tabitha (Shane) Harms of Paullina, Iowa; brother, Branden Puhrmann of Paullina, Iowa; nieces and nephews, Jeremy Puhrmann Jr, Hunter and McKenzi Puhrmann; Cameron and Alissa Maxwell; step sister, Jessica Burley and her family and a step brother, Jeremy Koehlmoos; aunts, uncles and many cousins.
He was preceded in death by his maternal grandparents, Merle and Gerda Kuehl and paternal grandparents, Martin and Teddie Puhrmann.

To order memorial trees or send flowers to the family in memory of David Puhrmann, please visit our flower store.