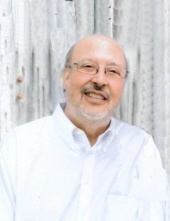 Services for Dennis “Denny” Kamphoff, age 69, of Sheldon who passed away on Thursday, March 31, 2022, at Unity Point Hospital in Sioux City. His services will be at 11:00 A.M. on Monday, April 4, 2022, at Immanuel Christian Reformed Church in Sheldon with Pastor Kevin Muyskens ~ officiating.

Visitation with family present will be from 2 to 4 P.M. on Sunday, April 3, 2022, at Immanuel Christian Reformed Church in Sheldon.
Arrangements are under the care of the Vander Ploeg Funeral Home in Sheldon.

Following the graveside service relatives and friends are invited to join the family in the church fellowship hall
for lunch and fellowship.

Arrangements are under the care of the
Vander Ploeg Funeral Home in Sheldon, Iowa.

DENNIS (DENNY) DEAN KAMPHOFF
Denny Kamphoff was born June 1, 1952 in Sioux City, IA, the son of Ben and Phyllis Kamphoff and brother of Pam Wassenaar. He grew up in Sheldon and lived there most of his life. He attended Sheldon Public School and was proud to be a lifelong Orab. He later attained his AA degree from NCC. On February 19, 1993, he married his wife Sandra Schmitz in Primghar. They made their home in Sheldon. They were members of Immanuel Christian Reformed Church.
Denny had a variety of jobs during his life. He sold many products and traveled across Minnesota, Iowa, and South Dakota. He won many awards and won salesman of the year for Colonial Candle. He loved his customers, many of whom became his dear friends. Later, he worked at the therapy department as a therapy aide at Sanford, Sheldon.
Denny had a love of cooking that started at an early age at his mother’s side. He liked to try new recipes and experiment with different foods. He was famous for his jambalaya, which he sold at many charity auctions and raised thousands of dollars. He was also known for his “Denny love”, which were his delectable brownies he would make for Keri and Kacy’s friends. He was the primary cook for his family for lots of years and shared food with his friends in their times of need. He was a volunteer baby rocker at Sanford in Sioux Falls in his later years. He would rock and sing to infants whose parents were unable to be there. He volunteered at East Elementary as a foster grandparent where he was affectionately known as “Mr. K”. He was a people person. He loved meeting new people, going out with his friends, and being the life of the party. He was especially close with his game club, close-knit Bible study group, and the residents at the Christian Retirement Home where he worked with Sandy as a weekend house sitter during his retirement.
Denny was his children’s number one fan. He prioritized attending his children’s extracurricular events and supported them in life’s ups and downs. He lived for his faith and his family.
He will be forever grateful for his family, Sandy’s family, and his Immanuel family for supporting him through years of illness, bringing him to dialysis, bringing him meals, visiting with him, and showing the love of God to him in so many different ways. Denny always said he had a childlike faith in God and that it was easy for him to believe. His favorite song was “Jesus Loves Me”.
He was a special man who loved with everything he had and showed everyone what love looked like.
He was preceded by his parents Ben and Phyllis Kamphoff, many aunts and uncles, and friends, Sara Ribbens (Mulder) and Duane Schmitz.
He is survived by his wife, Sandy; his sister Pamela Wassenaar (Alfred); his children Keri Beth and Kacy Kamphoff; Dawn Seivert (Troy); Mike Kamphoff (Christie); Dan Kamphoff (Cindra); Kelly Cabañas; Ben Kamphoff (Chrissie); and Amy Hagemann (Andrew). He is also survived by his grandchildren Dominic and Sierra Seivert; Aubre, Amber, Braeden, Caleb, Baylee & Kaylee Kamphoff; Carter & Blake Kamphoff; Parish, Akoya, & Tony Cabañas; Peyten, Hayden, Noah, Benjamin, & Remington Kamphoff. He also had one great grandchild, Liam (Aubre).

To order memorial trees or send flowers to the family in memory of Dennis "Denny" Kamphoff, please visit our flower store.