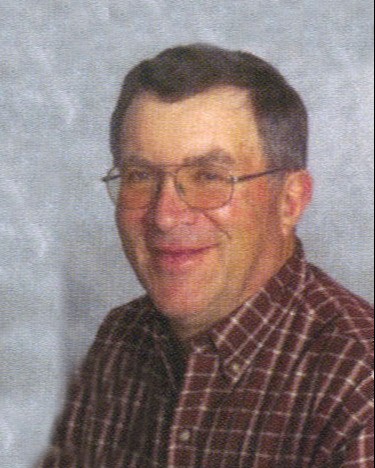 Dennis J. Fiihr, age 83, of Sheldon, Iowa formerly of Boyden, Iowa passed away on Monday, November 14, 2022 at the Sanford Senior Care in Sheldon, Iowa. His service will be at 10:30 A.M. on Friday, November 18, 2022, at United Presbyterian Church in Boyden with Pastor Andrew Hilla ~ officiating.

Burial will be in the Sheridan Township Cemetery in Boyden.

Visitation with family present will be from 5 – 7 P.M. on Thursday, November 17, 2022, at the Vander Ploeg Funeral Home in Boyden.

The Vander Ploeg  Funeral Home in Boyden Iowa is in charge of arrangements.

Online condolences may be made to the Family at  www.vanderploegfunerals.com

“It Will Be Worth It All”

Dennis Joseph Fiihr the son of Joe and Josie (Smit) Fiihr was born August 16, 1939 in Boyden, Iowa. He received his education in Boyden graduating as salutatorian of his class of 1957, where he was on the baseball team. After graduation he helped his father on the family farm and dairy operation. On August 16, 1965 he was united in marriage to Harriet Hinrichs in Little Rock, Iowa. After their marriage the couple lived in Boyden for six months until moving to the Fiihr family farm north of Boyden. The couple farmed and raised Holstein dairy heifers. In their retirement the couple made their home on the family farm until October of 2021 when they moved to Fieldcrest Assisted Living in Sheldon. Dennis lived for the last several months at Sanford Senior Care in Sheldon where he passed away on Monday November 14, 2022 reaching the age of 83 years two months and twenty eight days.

He was a member of the United Presbyterian Church in Boyden where he had taught Sunday School and served as Trustee. He enjoyed watching his grandchildren’s activities, going to the sale barn for sales, traveling, fishing trips to the Iowa Great lakes and Chamberlain, South Dakota. He really enjoyed the family farm and was known as a successful farmer and was always willing to help his neighbor and in giving advice on farming which he truly loved.

He was preceded in death by his parents Joe and Josie Fiihr and a granddaughter Isabelle Fiihr.

To order memorial trees or send flowers to the family in memory of Dennis J. Fiihr, please visit our flower store.