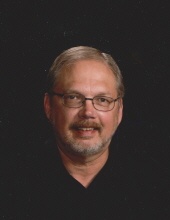 Dennis L. Baack, age 71, of Luverne, Minnesota and formerly of Sheldon, Iowa who passed away on Friday, January 14, 2022, at Sanford Hospice Cottage in Luverne, Minnesota. His funeral service will be held at 10:30 A.M. on Thursday, January 20, 2022, at the First Reformed Church in Sheldon with Rev. Paul Van Maaren and Rev. Mike Altena ~ officiating.

Burial will be at South Dakota Veterans Cemetery in Sioux Falls, South Dakota on Wednesday, January 26, 2022.

The service will be Livestreamed at sheldonfirstreformed.com

Arrangements are under the care of the Vander Ploeg Funeral Home; Sheldon, Iowa.

The service will be Livestreamed at sheldonfirstreformed.com

Arrangements are under the care of the
Vander Ploeg Funeral Home - Sheldon.

Dennis Lee Baack, the son of Donald Carl and LaVonne (Jurgenson) Baack was born October 20, 1950, in Le Mars, IA. Dennis attended school in Le Mars and graduated Le Mars Community School High School 1968. He joined the United States Air Force in January of 1969 and served in the Vietnam War, he was honorably discharged in January of 1975 in Denver, CO with the rank of E-4. After his discharge he remained in Colorado where he attended Rocky Mountain State University for a while, he moved back to Le Mars and attended a year at Western Iowa Technical College. Dennis met the love of his life, Shannon Faye Hulst at the Man Trap Beauty Salon in Le Mars and the two were united in marriage on February 11, 1977 in Hull, IA. They moved to Sheldon in 1978 and Dennis worked at Land-O-Lakes in Sheldon as a Pellet Mill Operator for 20 years retiring in 2008. Dennis and Shannon moved to Luverne, MN in 2021. Dennis passed away at the Sanford Hospice Cottage in Luverne on Friday, January 14, 2022 reaching the age of 71 years, 2 months and 22 days.
Dennis was a member of the American Reformed Church in Luverne, MN and was a past member of the First Reformed Church in Sheldon where he had served on the Outreach Committee and the Consistory. He was a member of the Sheldon Prairie Queen Kiwanis, the Sheldon American Legion Post # 145 and the VFW Post 7373. Dennis loved hunting, fishing, woodworking, but most of all he enjoyed being with his boys and grandkids.
He is survived by his wife, Shannon of Luverne, MN; their 3 sons, Eric (Donna) Baack of Crooks, SD; Jesse Baack and Dan Baack both of Archer, IA; 7 grandchildren, Jacob, Caleb, Ethan, Briggs, Jada, Savanah and Isaac; a sister, Susan (Tim) Bachman of Aurora, CO; a brother, Jim (Brenda) Baack of Le Mars, IA; 4 very special nieces and other relatives and many friends.
He was preceded in death by his parents.
To order memorial trees or send flowers to the family in memory of Dennis L. Baack, please visit our flower store.