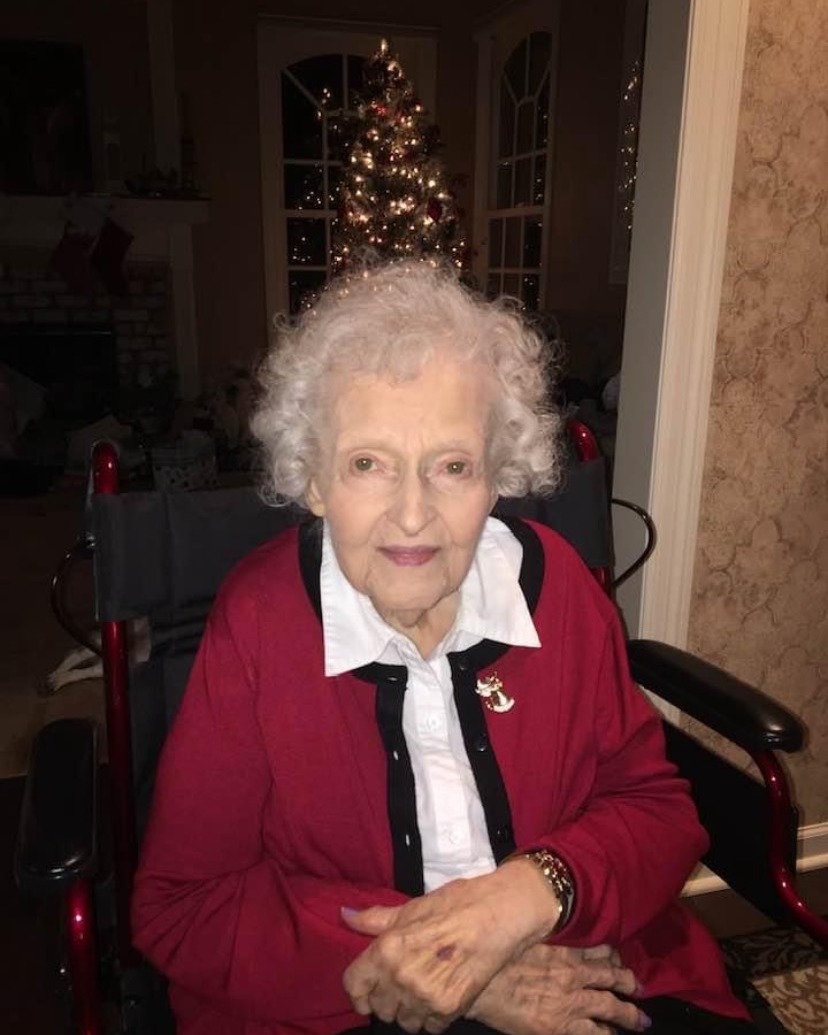 Services for Donna J. Struve, age 89, of Urbandale, formerly of Archer who passed away on Wednesday, November 23, 2022, at MercyOne Des Moines.  Her memorial service will be held at 11:00 A.M. on Saturday, January 7, 2023, at Archer United Methodist Church.

Private family graveside service will be held on Saturday, January 7, 2023, at Pleasant Hill Cemetery in Primghar.

Visitation with family present will be from 5 – 7 P.M. on Friday, January 6, 2023, at the Eldridge Family Funeral Home in Primghar.

Donna Jeane Struve, age 89, passed away peacefully on November 23, 2022, at Mercy One Des Moines Medical Center, surrounded by family. Donna was born on July 15, 1933 in Primghar, Iowa, the daughter of Herbert and Ida (Harms) Saupe. She grew up on a farm two miles west and a half mile south of Archer. She attended country school in kindergarten and first grade before enrolling in the Archer school district, graduating in 1951 from Archer High School. She remained close to many of her classmates in Archer, who became lifelong friends.

After graduating high school, Donna enrolled at Morningside College in Sioux City, Iowa, initially studying medical technology. While at Morningside, she began dating Almon Tarnasky, and she switched from a four-year degree to a two-year teaching degree, which she completed in 1953. Almon and Donna were married on May 31, 1953, and they moved into her childhood home outside of Archer. She later completed her four year degree at Westmar College in LeMars, Iowa, attending night classes while teaching. She taught fifth grade in the Primghar school district for several years.

Donna and Almon and their children lived on the farm outside of Archer until Almon’s death on December 15, 1969. They had four children together: Donald, Sandra, Alan, and Sharon. After Almon’s death, Donna became acquainted with Carl Struve, and they were married on July 12, 1970. Donna and her children settled with Carl on a farm south of Hartley, Iowa. Two children were born to this marriage, Carl Jr., and Jonathon.

In 1977, Donna and Carl moved to a farm place two miles west of Archer which had been built by her parents, where they lived together until Carl’s death on February 16, 2015. Donna lived there until 2018, when she moved to the Iowa Jewish Senior Life Center in Des Moines for rehabilitation following knee surgery. In 2022, Donna moved to the Deerfield Retirement Community in Urbandale, close to family, including

Dixie Bertroche, mother of her son-in-law Joseph Bertroche, who also resided there.

Donna loved music, and it became a lifelong occupation for her. She started piano lessons at the age of five, and she spoke fondly of traveling to Sheldon for lessons. Following in her older sister Norma’s footsteps, she began playing for services at the Archer Methodist Church at the age of 13. When the church purchased an organ, she took organ lessons at Westmar College. After marrying Carl, Donna also began playing organ at Grace Lutheran Church in Primghar. She was an organist at both churches until she retired from playing in 2017. She especially loved playing for Christmas Eve services, a holiday she particularly loved. In addition to regular church services, she also played for countless wedding ceremonies and funerals for relatives, friends, and community members. Music was an important part of her Christian faith, and she had a deep interest in the origins of hymn tunes and texts.

Donna also loved serving as an accompanist for other musicians. She accompanied soloists and ensembles at the school in Primghar, as well as at church, playing for the Archer Methodist Church choir and many instrumentalists and singers over the years. Her son Jonathon began singing in public at the age of five, and Donna spent many hours rehearsing and performing with him as he sang solos at churches, gave musical programs at retirement homes and community events around the region, and participated in various contests and auditions. Music became an integral part of her life, and something that gave her tremendous joy.

Donna was a dedicated educator, and she merged her passions for teaching and music by teaching piano lessons for many years in the Primghar and Archer area, sometimes teaching as many as 40 students per week. She loved to give students a chance to perform in recitals, which she would hold annually, though she didn’t emphasize memorization because she disliked memorizing music herself and she didn’t want the anxiety of memorization to keep someone from learning the instrument.

Donna spent 10 years working as the director of the Grace Lutheran Preschool in Primghar. She enjoyed working with young children and parents, fostering curiosity, creativity, and a love of learning in her students.

Donna was active in civic organizations, clubs, and church groups, often serving in leadership roles. Over the years, she was active in the Federated Music Club in Paullina, The Federated Women’s Club in Primghar, Archer UMW, Bible study groups, the O’Brien County Republicans, The Civic Music Association in Sheldon, and the American Legion Auxiliary, among others. She enjoyed taking an active role in discussions and taking on leadership responsibilities.

Donna loved to entertain, socialize, and travel. She wanted to experience new places and learn new things, and she wanted her children to do the same, knowing that experience is often the best teacher and the best way to break down barriers. Her children have fond memories of yearly vacations all over the country, and sometimes just within Iowa. For several years, Carl owned a Cessna 172 airplane, and Donna loved to fly to locations around the area. She enjoyed hosting events, especially family holidays, and relished opportunities to decorate and show hospitality to others. She liked to prepare meals for people helping with the farming each season, and enjoyed having a houseful of people. Among her favorite social activities were two card clubs, a “Primghar” group and an “Archer” group, who got together regularly to play 500. She had a sweet tooth, and there were always bowls of chocolate in the house. She particularly loved See’s chocolate from California, which she enjoyed sharing with visitors. On her travels, she was always on the lookout for soft ice cream, especially from Dairy Queen.

be the best they could be, to build understanding, to encourage people to learn and be curious, to make beautiful music together, and most of all to show others that they mattered and could be successful with a little work, dedication, faith, and love.

To order memorial trees or send flowers to the family in memory of Donna J. Struve, please visit our flower store.