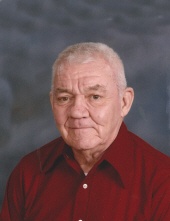 Graveside service will be held at 3:30 P.M. on Thursday, July 1, 2021, at St. Paul Lutheran Cemetery in rural Hull, Iowa with military honors by McGlothlen-Cowie Post #145 of the American Legion.

Visitation with family present will be from 12 noon until service time on Thursday, July 1, 2021, at St. Paul Lutheran Church in Sheldon.

MUSIC
“I Love To Tell The Story”
Sung by: Gail Pike
CONGREGATIONAL HYMNS
“A Mighty Fortress”
“What A Friend We Have In Jesus”
“Amazing Grace”
Pianist: Arlyce Oosterhuis

Military rights presented by:
McGlothlen-Cowie Post #145 of the American Legion

After today’s service, relatives and friends
are Invited to join the family in the
fellowship hall of the church.

Donnie Joe Ransom was born April 24, 1934, to Merle C. Ransom and Zelma “Tiny” Saunders at Sibley, Iowa. Donnie’s stepfather was Ray Meyer. Donnie received his education at the Sibley Public School and graduated from Rock Valley High School. Donnie enjoyed playing and watching sports, especially basketball and baseball. He was a member of the United States Air Force and United States Army from August 13, 1953, to July 27, 1955. During Donnie’s service in the Army, he did a tour of duty in Germany. Donnie met Wilma M. Behrens when she was an elementary school teacher at the Paullina Public School. On July 5, 1959, he was united in marriage to Wilma Behrens at St. Paul Lutheran Church in Hull, Iowa.
They lived in Sibley for three years following their marriage until moving to Long Beach, California where Wilma completed her college education from California State College. In 1965, they moved to Akron, Iowa where Wilma retired in 1998. In 2004, Donnie and Wilma moved to Sheldon. Donnie passed at Sanford Sheldon Medical Center on Friday, June 25, 2o21 surrounded by family, reaching the age of 87 years, 2 months and 1 day.
Donnie was a member of St. Paul Lutheran Church in Sheldon. He was also a life member of Veterans of Foreign Wars and Disabled American Veterans. He was a member of McGlothlen-Cowie Post #145 of the American Legion. He enjoyed telling stories about World War II and fishing for bullheads. Religion and faith were an important part of his life, which made him a caring person. While in Akron he received an award for the best-groomed lawn and beautiful flowers.
Donnie is survived by his wife of almost 62 years, Wilma of Sheldon, many brothers, sisters, in-laws, nieces, nephews, and friends.
He was preceded in death by his parents, stepfather, brothers, sisters, and in-laws.
In lieu of flowers, memorials may be directed to St. Paul Lutheran Church in Sheldon or to a charitable organization of your choice.
To order memorial trees or send flowers to the family in memory of Donnie J. Ransom, please visit our flower store.