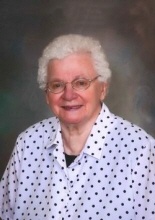 VISITATION
family present will be from 2 4 P.M.
on Sunday, September 24, 2017
at the Vander Ploeg Funeral Home in Sheldon

After todays graveside service, relatives and friends
are invited to join the family in the
fellowship hall of the church.

I will lift up mine eyes to the hills,

from whence cometh my help.

My help cometh from the Lord,

which made heaven and earth.

He will not suffer thy foot to be

moved; he that keepeth thee will not

Behold, he that keepeth Israel shall

neither slumber nor sleep.

The Lord is thy keeper: the Lord is

thy shade upon thy right hand.

The sun shall not smite thee by

day, nor the moon by night.

The Lord shall preserve thee from

all evil: he shall preserve thy soul.

The Lord shall preserve thy going

out and thy coming in from this time

forth, and even for evermore.
To order memorial trees or send flowers to the family in memory of Dorothy M. Den Hartog, please visit our flower store.