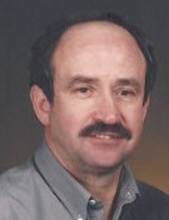 Services for Douglas L. Hamilton, age 75, of Primghar who passed away on Wednesday, November 4, 2020 at Sanford Sheldon Senior Care. His memorial service will be 10:30 A.M. on Saturday, November 21, 2020 at St. John Lutheran Church in Germantown, Iowa with Rev. Donald Erickson ~ officiating.
Burial will be held prior to the service at the Friends Cemetery in rural Paullina, Iowa.
There will be no visitation.
Arrangements are under the care of the Eldridge Family Funeral Home in Primghar.

Douglas Lewis Hamilton, age 75, of Primghar, Iowa died Wednesday, November 4, 2020 at Sanford Health Senior Care Center in Sheldon, Iowa after a lengthy battle with dementia. He was born on September 6, 1945 in Pine Bluff, Arkansas to parents Herschel Glenn and Christine Annette (Ragsdale) Hamilton. After graduating high school, he went on to attend North Carolina State University, from which he received a degree in Pulp and Paper Technology. Following his graduation, he joined the Army and proudly served his country during the Vietnam War, attaining the rank of Captain during his service, as well as earning a Bronze Star. After meeting her on a business trip, and a whirlwind romance, he married Ann Marie Lichty on December 9, 1972. In 1979, Doug took a position with International Paper Company in Pine Bluff, AR. He remained with the company in various positions for the rest of his working career until he retired in 2003. By the end of his career, he had become a world traveler, even working for several years in Brussels, Belgium. In his free time, Doug was an avid outdoorsman. In the early years of his marriage, he spent a lot of time training and field trialing hunting dogs. Doug also enjoyed watching thoroughbred horse racing. For many years, he owned a racehorse as a “side business”. He also enjoyed both hunting and fishing. Many family vacations were spent trout fishing in northern Arkansas. Doug also spent as much time as he could cheering on his beloved Arkansas Razorbacks. Upon his retirement, he enjoyed many happy hours boating in northern Arkansas.
Doug was preceded in death by his parents, as well as a brother-in-law, Harold Hulse, and a granddaughter, Florence Wilson. In addition to his wife of almost 48 years, he is survived by his sisters, Glenda (Lloyd) Langston of Heber Springs, AR, and Suzanne Hulse of Bismark, AR, and his children, Karen (Mitchell) Wilson of Primghar, IA and Warren (Haley) Hamilton of Texarkana, AR, and his four grandchildren, Louisa Wilson, Ingrid Wilson, James Hamilton and Isaiah Hamilton.
To order memorial trees or send flowers to the family in memory of Douglas Lewis Hamilton, please visit our flower store.